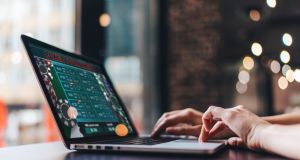 Flutter is “wholly surprised” by the ruling and argues it runs contrary to modern US legal precedent. Photograph: iStock

Paddy Power owner Flutter Entertainment is likely to appeal an $870 million (€710 million) ruling against it by a US court that took the Irish group by surprise on Thursday.

In 2018, part of the Stars Group, which merged with Flutter earlier this year, successfully challenged a $290 million ruling against that business by a Kentucky court, stemming from online poker games that it hosted between 2006 and 2011.

However, the Kentucky supreme court on Thursday reinstated the original 2015 ruling against the Stars Group, which is now part of Flutter, upping the damages to $870 million plus 12 per cent compound interest per year.

Following the ruling, Flutter signalled it was likely to appeal the supreme court’s ruling, and said there were a number of legal routes open to it.

“Flutter is confident that any amount it ultimately becomes liable to pay will be a limited proportion of the reinstated judgment,” a statement said.

A company called Oldford originally hosted the online poker games, generating gross revenues of $18 million from them between 2006 and 2011.

The Commonwealth of Kentucky brought proceedings against Oldford seeking the recovery of alleged losses by residents of the state. There were questions at the time over the legal status of online poker in the US.

The Stars Group subsequently bought that business, which led to it taking on the litigation.

The prospectus published ahead of the Flutter-Stars Group merger included details of the court case, but did not say it was likely to lead to the original judgment being trebled.

Flutter said it was “wholly surprised” by the ruling, arguing that it ran contrary to modern US legal precedent.

“This litigation had sought recovery of alleged losses by Kentucky residents during a period between 2006 and 2011 relying on a centuries-old statute,” the group added.

Flutter and its lawyers are reviewing the ruling. The company noted that neither it nor the Stars Group had recognised any liability in relation to the Kentucky case. “Flutter’s balance sheet remains robust,” the statement said.

Flutter recently raised €1.2 billion from shareholders to help fund its proposed buyout of the minority shareholders in its US business, Fanduel, which it has been using to grow its online sports betting operations there.

An online poker boom in the first decade of the century prompted legal disputes across the US, where laws at the time had failed to keep pace with the card game’s shift online.