Over 15,500 171 registrations over first 10 days of year as Hyundai returns as top brand 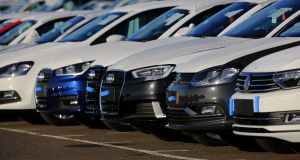 Despite expectations of a downturn in the market this year, new car sales over the first 10 days are up nearly 4.5 per cent on last year, according to provisional registration figures.

Unofficial figures show 15,554 new 171 registrations up to close of business on Tuesday, up from 14,889 last year. However, sales last year were influenced by fewer trading days in the first 10 days.

In the premium segment, Mercedes-Benz is in the lead with 729 registrations, well ahead of Audi with 443 and BMW with 352. The strong performance by Mercedes is largely down to registrations of its new E-Class.

With sterling weaker than last year on the back of Brexit, the number of used car imports is also up, at 2,129 compared to 1,044 on the same 10-day period last year.

Meanwhile, new figures for 2016 hire cars show that 18,768 were registered last year, up from 18,000 the year before. Volkswagen was the biggest brand for hire cars, with 2,501 registered, ahead of Nissan with 2,090 and Renault with 1,986. Hyundai was the fourth-biggest player in the hire drive market with 1,836. In terms of models the Nissan Qashqai led the hire car segment with 879 registrations.