Caroline Dowling is a former non-executive director of IDA Ireland 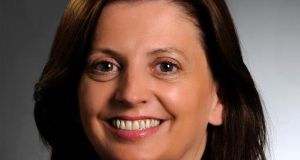 DCC said that it yesterday appointed Ms Dowling as a non-executive director and member of the remuneration and nomination and governance committees.

Until she retired in February last year, Ms Dowling was president of the $26 billion (€23 billion) US-based distributor and logistics group Flex’s business group. She led Flex’s telecoms, networks and data centre business, an international operation worth $9 billion. She was also responsible for its $1 billion global services division.

Previously Ms Dowling was president of Flex corporate development and strategy team and its retail and technical businesses, as well as other senior management posts. She is a former non-executive director of IDA Ireland.

DCC chairman John Moloney said that Ms Dowling’s expertise in electronics and logistics were particularly relevant to the group, which has a significant technology distribution business.