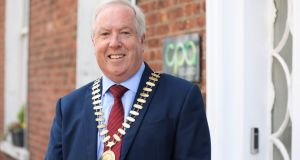 Gearóid O’Driscoll: he raised concern about the lack of broadband access outside major cities, and about a need to attract more accountancy trainees

The Government must commit to supporting regional growth if SMEs are to continue to thrive, the newly elected president of the Institute of Certified Public Accountants in Ireland (CPA Ireland) has said.

Speaking following his election at the CPA Ireland agm in Dublin last week, Gearóid O’Driscoll said the €1 billion 10-year Rural Regeneration and Development Fund, which was announced as part of Project 2040 last year, is too restrictive to maximise its value.

Under the fund an initial €315 million is to be provided over the period 2019 to 2022 to support rural renewal projects in communities with a population of less than 10,000 people.

Mr O’Driscoll said the fund was “only a half-step in the right direction for supporting the regions”.

He described the 10,000 people cap as highly restrictive as it meant that strategically important rural towns such as Cavan, Tullamore and Letterkenny would be unable to avail of this funding.

He also said the requirement for all applications to be led by a State body could stifle the creativity of many worthy projects.

“There are many examples of non-commercial programmes from charities and social enterprises that have had a positive impact on rural development. By insisting upon a government agency taking this lead role additional steps are being created. This may see some ideas never get off the ground.”

Another concern raised by Mr O’Driscoll was the requirement for applicants to fund the initiative with a minimum 10 per cent cash contribution, which he said was also too restrictive.

Mr O’Driscoll also raised concern about the lack of broadband access outside major cities, and about a need to attract more accountancy trainees.