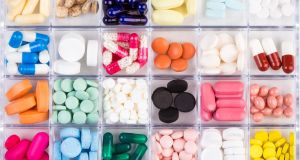 Sam McCauley started his pharmacy chain in the 1970s with one shop in Wexford. Photograph: iStock

It emerged recently that Carlyle intends taking a majority stake in the pharmacy chain for a reported €50 million.

The deal’s scale means that the Competition and Consumer Protection Commission (CCPC) must approve it before the sale can go ahead.

The commission confirmed on Thursday that it received formal notification of the transaction, which will trigger an investigation that could last for up to 30 working days.

At that point, the CCPC can either approve the sale or opt to carry out a longer, phase-two investigation, before making a final decision.

Founder Sam McCauley is keeping a minority share in the business. He began the chain with one shop in Co Wexford in the 1970s.

The buyer is a partnership of US-based Carlyle Group and Irish investors Cardinal Capital.

Its other businesses include chilled meats processor Carroll Cuisine and motoring organisation AA.

Former Allcare Pharmacy Group chief executive Tony McEntee will take charge at Sam McCauley as a result of the deal.

The chain’s current managing director, Patrick McCormack, will step down from the role, according to reports.