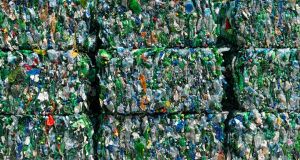 AES is one of the Republic’s leading players in waste management and recycling.

The Byrne brothers recently settled a High Court dispute with Oxigen, which had been a shareholder in the Wexford-headquartered waste business.

Bord na Móna confirmed at the weekend that AES has agreed a partnership with AWD to collect household waste for the Byrnes’ company.

Under the deal’s terms, AES will collect and manage domestic waste from AWD household customers.

AWD collects, manages and recycles waste from households and businesses. The company handles hazardous materials, plastics and other waste.

The Byrnes’ settlement with Oxigen led to that company dropping several claims against them.

Talks between the brothers and the company began when it emerged they were willing to pay €1.5 million for Oxigen’s 51 per cent stake in AWD.

Oxigen had alleged that some of AWD’s books and records were removed and destroyed and that cash was missing from the business.

The Byrnes denied these claims, saying that Oxigen was bidding to get their shares in the company and was attempting to damage their good names.

AES is one of the Republic’s leading players in waste management and recycling. The business has more than 130,000 domestic customers and a large number of commercial clients.

Shane Byrne played at number two – hooker –- for both Leinster and Ireland, earning more than 40 international caps, between 2000 and 2005.

1 Why gift a son now if it eats into his tax-free inheritance threshold?
2 Government to avoid ‘cliff-edge’ on Covid-19 payment changes
3 Flights abroad ban could last all summer
4 Chris Johns: Economic self-harm is the root of populism
5 How to further divide the economy using the wage subsidy
6 How much do Irish people earn? And what will Covid-19 do to our wages?
7 Disqualified accountant effectively controlled three companies, court told
8 Why are markets booming when a crash is on the way?
9 UK expected to phase Huawei out of 5G network
10 Supreme Court in Dublin clears Bernie Madoff Ponzi loss case for hearing
Real news has value SUBSCRIBE