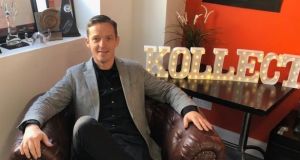 It said however, that the Covid-19 crisis had impacted the company’s business from early March onwards leading it to implement a costs savings plan. This including temporarily lay off some staff, introducing voluntary pay cuts for management and availing of State supports.

Kollect said that as waste removal is considered an essential service, the company has been able to continue operations. Revenues from domestic collections and waste drop-off and junk removals were above target for March. However, with many businesses temporarily shuttered, commercial bin collections and skip hire turnover was lower.

Recurring revenues from domestic and commercial bin and so-called “bigbin” activities were up 20 per cent in April compared to the same month a year earlier, it said.

Kollect said it has refocused sales on construction sites and certain commercial premises with the first stage of reopening the Irish economy.

“The company continues to keep a tight control of costs, while seeking to take advantage of growth opportunities as they arise. Where we have options, we continue to focus on the higher margin business,” said Mr O’Connor.

1 Google tells workers to return to country where they are employed
2 Sean Quinn stunned at rebranding of Quinn Industrial Holdings
3 Probate is changing: What does that mean for you?
4 Will tracker mortgage be at risk if Ulster Bank closes?
5 Three Ireland switches on 5G network around the country
6 Whistleblower warned EY of Wirecard fraud four years before collapse
7 Seán Quinn on rebrand, Irish golf tourism wipeout, and probate changes
8 Subway bread too sweet for zero rating on VAT
9 Me & My Money: ‘Money can’t buy you happiness but it can make life a lot easier’
10 Argento founder Peter Boyle is streets ahead of the past
Real news has value SUBSCRIBE