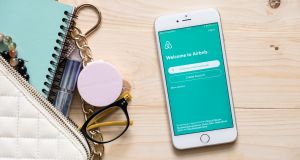 Airbnb continued to grow in popularity in Ireland in 2017, with a new report showing guests increased by almost two thirds as a total of 1.2 million rented Irish properties.

Airbnb’s report on the Irish market said there were 8,500 active listings for spare rooms and entire homes, with the typical Irish host earning around € 3,500 per year from renting on the platform. The accommodation platform uses the median value of total income to calculate this figure, which means that the earnings for many hosts may be considerably higher. Last year for example we disclosed how some Airbnb operators are earning as much as € 163,000 - per property - in annual rent from short-term lets in Dublin city centre.

Airbnb has also faced criticisms of exacerbating the rental crisis, by sucking up properties which would otherwise have been in the long-term rental market particularly in Dublin, while Dublin City Council has been cracking down on landlords targeting the tourism market without the appropriate planning permission. Short-term lets are not subject to rent controls and given the hotel accommodation shortage, have proven to be attractive to landlords.

According to the accommodation platform, about 70 per cent rent of hosts on the platform list out their primary home, but estate agents across the capital affirm the move from long-term to short-term lets by professional landlords.

Elsewhere the report shows that Airbnb guests generate approximately € 506 million for the local economy, according to the company’s estimates. On average, guests spend around €111 per day, with almost half of that spent in the local economy. That figure rises to € 129 for guests staying in Dublin.

It is not just tourists coming from abroad who are using the service. Some 676,000 Irish guests used Airbnb in the year to November 2017, and 17 per cent of those travelled domestically.

Among the fastest growing destinations in terms of inbound guests were the North-West region, where 101 per cent growth was recorded, and the Midlands, at 87 per cent.

There were some surprising statistics on those choosing to host guests at their homes, with the average age of a host hitting 45 years, and over-65s accounting for one in five hosts in areas such as the Mid-West.

“Ireland’s vibrant communities and unique hospitality have continued to bring more visitors to the country than ever before, with hosts right across the country benefitting from record breaking growth in guest arrivals on Airbnb,” Aisling Hassell, Ireland site lead and global head of customer experience for Airbnb said. “Hosts in Ireland are true ambassadors for their neighbourhoods and we look forward to seeing many more guests from around Ireland and the world discover the unique and welcoming homes on Airbnb.”