Is the Help-to-Buy scheme for first-time buyers working? 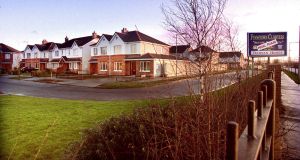 A few weeks into the new year, and the calls for Government to retain the Help-to-Buy scheme for first-time buyers have already begun.

A demand-side measure with the ultimate aim of boosting supply and enabling first-time buyers purchase a home, the scheme, which offers a tax rebate of up to 5 per cent on the purchase price of a new home, was launched to much fanfare in January 2017 but is due to run out on December 31st of this year.

Unless Minister for Finance Paschal Donohoe grants an extension, first-time buyers will have to sign a contract to purchase a property by this date, or their application will expire. Those who apply for the scheme between October 1st and December 31st will have a bit more flexibility, however, and will be able to make a claim by March 31st, 2020 to qualify, according to Revenue.

AIB has been quick out of the blocks, urging Government to make an announcement to extend the scheme now, rather than risk the “inevitable scramble” as home-buyers look to lock into the tax rebate by the end of the year.

Estate agent Sherry FitzGerald is looking to take advantage of the potential expiration of the scheme to boost demand, running ads telling first-time buyers that “time is running out” to get up to € 20,000 back on the cost of a new home.

But it doesn’t look like either the industry or buyers will get an answer any time soon. Mr Donohoe asserted in the Dáil last week that the decision would be made “in the context of Budget 2020”, which means we won’t have a decision until October.

Regardless of the Government’s intentions, the question remains – should the scheme be extended?

Many apply, but fewer complete a sale

There are a host of reasons why this would be the case. Some will have decided against buying, others will have opted for a second-hand home, more still may have had their application declined.

Even taking these things into account, given the differential between the two figures there is still a significant pipeline of potential buyers who could opt to make a claim between now and year-end. And uncertainty over the scheme’s end-date could spur this cohort to try to complete a sale by the year-end.

Figures for the scheme show a strong emphasis towards the greater Dublin region, with Dublin, Meath, Kildare and Wicklow accounting for 71 per cent of all claims up to November 2018. The only other county with a significant proportion is Cork at 10 per cent.

This means that the rest of the country accounts for only 29 per cent of claims, while other urban areas, such as Limerick (3.3 per cent), Galway (4 per cent) and Kilkenny (1 per cent), have low participation rates. Just 83 buyers in Kilkenny have benefited from the scheme since its launch, 312 in Limerick and just 29 buyers in Leitrim.

It helps people who would have bought anyway

Revenue figures show that since the scheme launched, almost 25 per cent of successful claimants borrowed less than 80 per cent of the purchase price, while one in four borrowed 85 per cent or less.

Rather, it’s helping a lot of people who could have bought anyway reduce the amount they borrow – and ultimately the cost of their loan. Should this be a legitimate aim for a State-sponsored scheme?

Most successful claimants of the scheme are also buying properties at the upper end of the first-time buyer budget. Revenue says more than half of the properties purchased under the scheme were worth €301,000 or more.

This may be a factor of the new-build market, where most of the activity is in Dublin, which has higher prices, and which necessitates a higher salary. But why can’t the scheme help more people on lower salaries. After all, just 2.4 per cent of claimants bought a house worth €150,000 or less.

Is the Help-to-Buy scheme pushing up prices? It’s hard to be definitive but research suggests that new house price growth is outpacing that in the second-hand market. AIB, for example, recently found that the cumulative rate of residential property price inflation for first-time buyer new homes was 25 per cent in the period October 2016 to 2018, ahead of the rate of 20 per cent reported for all buyer types.

A combination of factors – soaring rents that leave little scope to save, changing attitudes and lack of affordable homes – have all meant that home-ownership levels hit a record low in recent years.

However, latest unpublished figures from the Central Statistics Office show that the trend might be shifting, albeit moderately. During the third quarter of 2018, the proportion of owner occupiers in Dublin – the place where the scheme is having the biggest impact – rose to 62.6 per cent, up from 59.1 per cent a year earlier. If Government policy wants to support home ownership, this trend could be a big factor in why it might choose to renew the scheme.