Stocktake: Is light at end of tunnel an oncoming train? 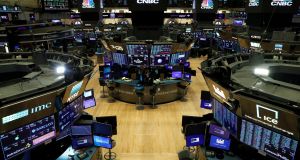 Markets also appear remarkably calm about the likelihood of political volatility in an election year and an impulsive US president.

Markets have enjoyed a strong recovery since bottoming in mid-March, but even bulls must be puzzled by the fact the S&P 500 is now trading at about the same level it was at in October – some feat, given the world has since plunged into the worst recession since the 1930s. The recovery seems to rest on three ideas, says Bianco Research founder and Bloomberg columnist Jim Bianco:

Bianco isn’t convinced. US gross domestic product fell 4 per cent and unemployment rose to 10 per cent during the global financial crisis, which was enough to catalyse social unrest and a more than halving in equity values. Even if output returns to 90 per cent of its previous levels, it’s likely the current recession will be twice as bad as its 2008-09 counterpart, says Bianco, who further notes that massive Federal Reserve intervention in September 2008 wasn’t enough to prevent stocks crashing over the following six months. As for a vaccine, Tom Frieden, former head of the Centres for Disease Control and Prevention (CDC), has cautioned it could be “a year or two away” or “it could be never”.

Markets also appear remarkably calm about the likelihood of political volatility in an election year and an impulsive US president who is ratcheting up US-China tensions. Markets want to believe, but as S&P Dow Jones Indices’ Howard Silverblatt notes, we don’t yet know if the light at the end of the tunnel will turn out to be an oncoming train.