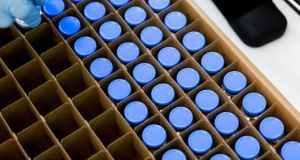 America reported its worst GDP figures since the global financial crisis last Wednesday, but stocks soared. What gives? Confirmation of significant Federal Reserve support helped, as did promising news regarding Gilead Science’s drug remdesivir as a treatment for Covid-19. This aside, the simple reality is everyone knew the GDP data would be awful, just as they know the second-quarter figures will be a lot worse.

Consequently, markets are “basically giving a pass to companies missing estimates” during earnings season, notes Bespoke Investment. Most strategists are stressing the same point: focus not on predictably dreadful economic and corporate data but on data emerging from countries that are easing lockdown restrictions, on the timeline for potential therapies and a vaccine – in other words, data that might hint at when the global economy is likely to recover.

The problem is with stocks already having bounced by over 30 per cent, markets may have been too quick to embrace the prospect of a return to normal, reckons Goldman Sachs.

If stocks bottomed in mid-March, it will have been a very atypical bear market – one of the shortest on record and one where stocks only unwound 42 per cent of the previous bull market, compared to 68 per cent in previous cycles. Goldman foresees two potential scenarios. One, the pace of economic recovery falls shy of investor expectations, resulting in markets falling back towards, but not below, March’s low. Alternatively, with markets having “paid up for the recovery”, stocks may get stuck in a trading range, resulting in volatility but little aggregate return.

Of the two, Goldman reckons another pullback is more likely. This is, it cautions, unlikely to be a “genuine” bull market.

1 Should I switch bank now with Ulster Bank at risk of closing?
2 Save yourself money and heartache by reviewing your house insurance
3 Belfast mailbox address used by account holder in Russian money-laundering scheme
4 Aldi and Lidl at back of queue during UK pandemic
5 EU watchdog calls for end to Covid loan payment breaks
6 ‘I have three children and a dog, so I feel like a bit of a human ATM’
7 Finance Ireland refinances mortgages with low level of payment breaks
8 Will brother’s widow get half of our parents’ estate when they die?
9 Isme to support legal action against pension tax relief limit
10 Swiss drug giant Roche pays €380m for Irish biotech Inflazome
Real news has value SUBSCRIBE
Save money on international transfers