Microsoft’s valuation is now almost as big as that of the FTSE 100, as is Apple’s 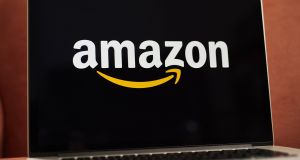 The five largest stocks in the S&P 500 – Microsoft, Apple, Amazon, Google and Facebook – account for 21.4 per cent of the index. Photographer: Gabby Jones/Bloomberg

The deepest recession on record, unprecedented levels of unemployment, oil prices going negative for the first time in history – who would have believed that, amidst this cataclysmic backdrop, technology stocks would be in the black for 2020? The Nasdaq 100 recently turned positive for 2020, with investors betting tech stocks are well positioned to survive or even prosper amidst the global chaos. Certainly, one can see why lockdowns are good for stocks like Amazon and Netflix, which have soared for obvious reasons.

Still, the five largest stocks in the S&P 500 – Microsoft, Apple, Amazon, Google and Facebook – now account for 21.4 per cent of the index, according to Bianco Research. That’s the highest reading since the 1970s and well above the 16.6 per cent weighting afforded to the five biggest stocks in 1999, a period often cited as one when indices became dangerously lopsided as a result of mega-cap outperformance.

The biggest stock, Microsoft, represents 5.5 per cent of the index, notes Ritholtz Wealth Management’s Michael Batnick, higher than its peak weighting during the 1999 bubble.

Microsoft is almost as big as the FTSE 100, as is Apple.

The five largest stocks are now worth as much as the bottom 350 stocks in the S&P 500, notes Batnick, while the Nasdaq is now more valuable than the MSCI World ex-USA index. High-flying tech stocks have defied the doubters for years now, but the risks are surely rising.

1 How safe is it to go back to the office?
2 Elderly parents living in property you own will save you on capital gains tax
3 More than 40% of help-to-buy recipients already had deposit
4 Most workers now expect choice to work from home part-time
5 Cinema tensions laid bare by deep crack in theatrical release windows
6 Construction workers among first PTSB borrowers off payment breaks
7 Owner of Dundrum Town Centre to sell prized assets
8 Regeneron says its antibody cocktail prevents and treats Covid-19 in animals
9 EU may delay digital tax proposals, official says
10 56 financial firms entered or expanded Irish operations in 2020
Real news has value SUBSCRIBE
Save money on international transfers