Stocktake: Investors should not be spooked by 2019’s big gains 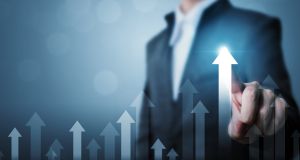 Global stocks have just enjoyed their best year since the financial crisis in 2009, with the rally led by the US market; including dividends, the S&P 500 gained over 30 per cent. Do big gains suggest stocks are at an elevated risk of falling back in 2020?

Bulls might say the calendar is misleading. Stocks fell almost 20 per cent in the closing months of 2018. Over the past five quarters, notes CNBC’s Michael Santoli, stocks generated annualised gains of 8.9 per cent – decent, but hardly irrational exuberance.

That aside, history indicates investors should not be spooked. LPL Research’s Ryan Detrick found 12 years since 1950 where stocks gained at least 30 per cent; they advanced the following year 10 times, averaging returns of 15.2 per cent.

A very big year has historically occurred in roughly one out of every five years, says Ritholtz Wealth Management’s Ben Carlson; it “feels” out of the ordinary but it’s very common. Large declines following strong years are rare, he adds.

Instead of being worried, should investors be excited? No – Bespoke Investment’s analysis of the data shows there’s no real evidence a strong year “either borrows from future returns or leads to stronger than average returns in the year ahead”. There is, says Bespoke, “little evidence that the S&P 500’s performance one year impacts its performance the next in either a positive or negative way”.

1 Boris Johnson's new immigration regime will damage much more than industry
2 Bank leaked my loan request to family who tried to rip me off
3 Mastercard to create 1,200 new jobs by expanding base in Dublin
4 Garda mobile contract win causes concern over Eir’s use of Huawei kit
5 Billionaire Zara founder and German funds vie for prime Dublin offices
6 AIB lines up former HSBC executive McDonagh as chairman
7 A maverick taking on the Irish whiskey establishment
8 How can I view my dead brother’s will if I’m not the executor?
9 Varadkar resigns amid warning impasse will hit the economy
10 How much does it cost to sell your house?
Real news has value SUBSCRIBE
Save money on international transfers