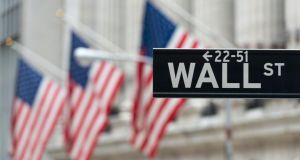 Separate data from Pension Partners’ Charlie Bilello shows that over the last 70 years, readings of 47.8 or lower have usually been followed by recessions within two years. Photograph: iStock

Major US brokerages have for years resisted following in the footsteps of Robinhood, the Silicon Valley start-up which offered free stock trading in 2013, but that changed following Interactive Brokers’ recent decision to offer clients unlimited free trades.

Last Tuesday, Charles Schwab announced it was eliminating commissions. Within hours, TD Ameritrade had followed suit. E-Trade did likewise on Wednesday. Brokerages have other ways of making money, such as charging for order flow and interest on client balances. Still, the market reaction – Ameritrade shares plunged 25 per cent while Schwab and E-Trade suffered double-digit percentage losses – shows it expects brokers to be hurt by a commission-free world.

Financial services are becoming increasingly commoditised, with fees slashed across the board – at least internationally. Investors have been able to buy many exchange-traded funds commission-free for some time, following moves from industry giants Fidelity and Vanguard, while US ETFs tracking the major indices generally cost only a few basis points.

Irish investors might look on enviously; despite the entry of Dutch low-cost brokerage Degiro into the Irish market in 2015, fees have remained high. Still, fintech firm Revolut, which has more than 300,000 customers in Ireland, recently announced all customers could avail of three free stock trades per month.

Revolut’s limited offering contains some qualifiers, but it suggests low- or no-fee propositions will eventually become more evident on this side of the Atlantic.

Recession fears rebounded last week, dashing the hopes of bulls who had bet the S&P 500 was poised to take out July’s all-time highs. Stocks tanked after the Institute for Supply Management (ISM) manufacturing index fell to 47.8 – the second consecutive month the index remained stuck in contractionary territory and the worst reading since the end of the global financial crisis in mid-2009.

The market mood wasn’t helped by Wednesday’s poor job creation numbers, stocks posting their worst start to a quarter since 2008. Bulls argue low readings are not synonymous with recession and bear markets, Goldman Sachs noting that stocks gained 50 per cent in the two years following a sub-50 reading in 2012.

Still, Goldman’s data also suggests further pain is likely if a recession does ensue. Stocks fell 24 per cent in the 12 months that followed the ISM’s lowest reading in 2000, and by 43 per cent at the equivalent juncture in 2008.

Separate data from Pension Partners’ Charlie Bilello shows that over the last 70 years, readings of 47.8 or lower have usually been followed by recessions within two years. New export orders are “even worse”, says Deutsche Bank’s Torsten Slok, who is also concerned by the decline in consumers’ interest in buying large household goods – historically, a “very good leading indicator of the business cycle”. There’s “no end in sight to this slowdown”, says Slok. “Recession risk is real”.

Investors may be nervy but a global bear market remains unlikely. That’s according to Citigroup’s Bear Market Checklist, which tracks 18 key indicators covering areas like valuations and corporate fundamentals.

In previous cycles, red flags accumulated gradually before soaring in the last year of the bull market; in contrast, only four of the 18 are currently flashing sell signals, compared to 17.5 and 13 prior to respective bear markets in 2000 and 2007.

At the moment, worrying factors include the inversion of the US yield curve, cyclically high corporate profitability and stretched corporate balance sheets. Trailing equity valuations are also elevated, although other valuations measures give less room for concern. Overall, says Citi, it is “too early to call the end of this 10-year global bull market”.

Trump and impeachment: Should investors care?

The odds that Donald Trump will be impeached have surged higher. Should investors care? Yes, says the man himself, who says “impeachment nonsense” is driving the stock market down.

It’s not his first such warning; last year, he warned stocks would crash if he was impeached. Trump habitually claims responsibility for market gains, so he likes to have a laundry list of excuses when stocks slip. Last week, after markets tanked, he complained about the “pathetic” Federal Reserve for keeping interest rates too high. Complaining about impeachment and dastardly Democrats serves a similar function; Trump’s message is that stock markets love him, so any declines are the fault of others.

In reality, while markets aren’t wild about political volatility, they’re unlikely to care too much about the impeachment question. Stocks soared during Bill Clinton’s impeachment in 1998-99, while they plunged during the impeachment process against Richard Nixon in 1973-74.

In both cases, markets were driven not by politics but by economics – the technology boom that energised investors during the Clinton proceedings, and the global oil price shock that gripped markets during Nixon’s term.

Impeachment talk will likely dominate the news cycle for some time, but markets are unlikely to pay too much heed either way.