Stocktake: Are markets too dependent on technology stocks? 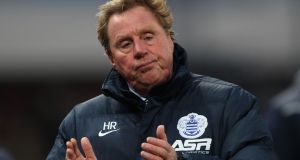 The world’s biggest technology stocks keep getting bigger and bigger. Has the market become too dependent on a handful of high-flyers? Recent blowout technology earnings resulted in the five biggest S&P 500 stocks – Apple, Alphabet (Google), Microsoft, Amazon and Facebook – adding $181 billion in market value in a single day. Their market capitalisation has increased by almost $1 trillion this year.

The remaining 495 S&P 500 stocks, notes Bespoke Investment Group, have grown by around $2 trillion, meaning the big five account for a third of S&P 500 gains in 2017. Indeed, they account for some 60 per cent of the Nasdaq 100’s 2017 gains. The figures are astonishing; the so-called law of large numbers means the biggest companies tend to grow at modest rates. However, it’s not true to say this is a narrow rally that is overly dependent on a few big tech stocks. An equal-weighted version of the S&P 500, which represents the average stock in the index, has gained 13 per cent this year. That means the average stock is lagging – the capitalisation-weighted S&P 500 is up 17 per cent – but the difference isn’t huge. It’s certainly not like 1999, when the S&P 500 rose twice as much as its equal-weighted version. The big five are leading the rally, but they’re not holding the market up on their own.

Tech stocks: not bubbly, but frothy

Tech stocks may not be the only gainers this year, but they have certainly been the biggest ones, with the S&P 500 technology sector soaring 30 per cent in 2017. In fact, the tech sector now accounts for 24 per cent of the S&P 500, the biggest weighting since the end of the dotcom era. Are things getting frothy? Comparisons with the dotcom era are superficial. Then, unprofitable companies were burning through cash and being rewarded with stratospheric valuations. Today, the biggest tech stocks tend to be highly profitable and boast enormous cash piles.

Apple, for example, has a cash hoard of more than $260 billion and is the biggest dividend payer in the world. More than half of the tech sector’s revenues come from outside the US, so a rapidly improving global economy is driving share price gains.

“This is not your parents’ tech bubble,” as Merrill Lynch’s Savita Subramanian put it last month. Still, there is some cause for concern. Bulls often point out technology accounted for 35 per cent of the S&P 500 at its dotcom peak in March 2000, but Bespoke Investment notes the sector didn’t exceed today’s weighting (24.2 per cent) until November 1999. Merrill, too, notes the sector has tended to underperform when its sector weighting topped 20 per cent. “We know times are different now, but we definitely get a little uneasy when we see one sector taking up basically a quarter of the entire market,” cautions Bespoke. “It’s not healthy.”

Market momentum may be about to accelerate as stocks enter the seasonally strongest part of the year. Historically, the vast majority of market gains have come over the November-April period. Now, sceptics will point out the data is skewed by a few outliers and that the old “sell in May and go away” adage didn’t pay off this year – stocks gained in each month. However, seasonal investors will counter that, while stocks typically don’t fall between May and October, they do tend to underperform the November-April period; a particularly strong period is more than twice as likely in winter than summer. In fact, recent strength suggests the next six months may be even better than usual. Since 1950, the S&P 500 has gained over 5 per cent between May and October on 23 occasions, notes LPL Research. Stocks rose over the subsequent November-April period on all but two occasions, bagging above-average gains. Similarly, CFRA Research’s Sam Stovall found 12 years where stocks rose in the historically challenging months of August, September and October; stocks recorded even higher prices between November and December 11 times, averaging gains of 3.6 per cent.

“Expect further name changes in the coming months.” The above line comes from a Stocktake column last month where we reported how one biotech company managed to double its share price by changing its name from Bioptix to Riot Blockchain. Now UK outfit On-Line, a shareholder in financial markets website ADVFN, has jumped on board the cryptocurrency train, its shares enjoying a fivefold rise after it announced plans to change its name to On-line Blockchain Plc. With bitcoin topping $7,000 last week and financial sophisticates such as former football manager Harry Redknapp joining the cryptocurrency party (“proper excited about Mobile Cryptocurrency!” he tweeted last month. “I’m in, get involved!”), it’s fair to say we can expect more of this nonsense in 2018.

1 Air travel never going ‘back to way it was’
2 Should I switch bank now with Ulster Bank at risk of closing?
3 Will brother’s widow get half of our parents’ estate when they die?
4 Household wealth jumps by 74% since last recession – report
5 Tourism and aviation players demand von der Leyen end EU travel chaos
6 House insurance: save yourself money by reviewing your policy
7 ‘Tax war’ will hit Ireland if digital tax talks fail, OECD says
8 Tánaiste urges businesses to brace for Brexit with 100 days to go
9 Irish insurers in focus as UK cracks down on dual pricing
10 Finance Ireland refinances mortgages with low level of payment breaks
Real news has value SUBSCRIBE
Save money on international transfers