Bitcoin surpassed $6,000 last week so it’s a good time to ask, is it overpriced? 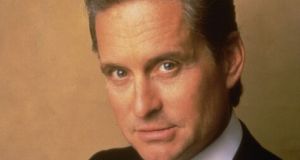 Michael Douglas as Gordon Gekko in “Wall Street”: Ruthlessness is often prized in financial circles but it turns out that nice guys don’t always finish last

Nothing boosts stock market sentiment quite like rising prices.

The latest Investors’ Intelligence poll of newsletter writers shows bulls outnumber bears by a greater number than at any time since 1987. In reality, these guys haven’t a clue what the future holds. Their outlook tells you more about what has happened than what is about to happen. What has happened lately, of course, is that prices have kept rising and rising. The S&P 500 recently enjoyed a week where it hit record highs on every single day. It also hit record weekly highs on six consecutive weeks as well as a record monthly close for seven straight months.

That run of 18 consecutive record closes over daily, weekly and monthly time frames has never happened before, noted SentimenTrader’s Jason Goepfert. According to one technical indicator, the S&P 500 recently became more technically overbought than at any time since 1955. None of this means stocks are necessarily destined to fall any time soon. Still, the data are a reminder investors should pay little heed to the talking heads who become euphoric after, rather than before, big market gainns.

Bitcoin surpassed $6,000 last week and has enjoyed a sixfold rise this year. Sceptics such as JP Morgan chief Jamie Dimon say it’s worthless; fans say it’s headed to $100,000 and beyond. So is bitcoin overpriced or underpriced? Neither, says NYU finance professor and valuation expert Aswath Damodaran – it simply can’t be valued. The so-called “dean of valuation” argued in his blog last week that anyone who claims to be able to value the cryptocurrency “is just making up stuff as he or she goes along”. If you can’t value something, he says, you shouldn’t invest in it, but you can trade it. The pricing game is a different ballgame to the value game, of course, one dependent on “mood and momentum” rather than fundamentals.

Damodaran’s (very sound) advice is to remember that the pricing game is just that – a game. “If you win millions, I wish you the best! If you lose millions, please don’t let paranoia lead you to blame the establishment, banks and governments for why you lost. Come easy, go easy!”

Auto-enrolment into pension schemes gets more people to save for retirement, but are they saving enough? Behavioural economists such as new Nobel laureate Richard Thaler recommend employees be started on a relatively high default savings rate – say, 6 per cent of salary – which automatically escalates over time, thereby ensuring a decent pension pot.

However, low default rates are the norm: 3 per cent is the most common default rate, with a very small minority of pension schemes offering a default rate greater than 6 per cent. The reasoning is high default rates could be counterproductive as they might encourage people to opt out of the pension schemes. But is this really the case? No, according to a new study co-authored by Thaler’s occasional academic collaborator, Prof Shlomo Benartzi. In the study, some 10,000 employees were randomly assigned to view high default contribution rates of 6 to 11 per cent. They were free to adjust their savings rates and those assigned to higher rates were more likely to reduce their contributions.

However, reductions tended to be minor, with savers mentally anchoring to the high default rate. Furthermore, those who viewed high defaults of 7 to 10 per cent were not more likely to drop out of schemes. Overall, the research indicates only about one in 10 people will opt out, whether the default rate is 3 or 6 per cent.

It’s often said cold psychopathic types are attracted to the world of finance, but a new study indicates they don’t make for good investors. The study, authored by US psychologists who teamed up with a hedge fund expert, examined the personalities of 101 hedge fund managers, assessing video clips for verbal and non-verbal behaviours. Ruthlessness is often prized in financial circles – “if you need a friend, get a dog”, as Gordon Gekko snarled in Wall Street – but it turns out that nice guys don’t always finish last: managers with the most psychopathic traits underperformed by 0.88 per cent annually.

16: Japan’s Nikkei finally fell last Wednesday after closing higher on each of the previous 16 days – the index’s longest winning streak in history.