RaboDirect customers urged to close accounts before May deadline 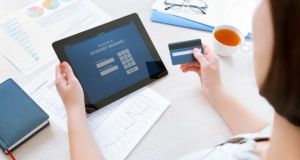 In February RaboDirect said its decision to withdraw from the Irish market after 13 years was driven by its parent, the Rabobank Group, “to simplify its business model across the world and reduce costs”

Online savings bank RaboDirect is urging customers to close their accounts before the bank shuts its doors in Ireland on May 16th. Otherwise they risk finding it more difficult to withdraw their money as the online facility shuts down.

The Dutch bank had more than 90,000 customers with over € 3 billion on deposit at the time it announced its withdrawal from the Irish market in February. While the bank says that the “majority” of accounts have since been closed, it appears that a number remain open, and the deadline is drawing closer.

“Any accounts that remain open after May 16th will be closed by us, and the funds will be moved to a separate unit within Rabobank. This means that customers will not be able to access their funds online, and the process of closing their account will take longer than if they use the self-close option that is currently available on the RaboDirect website,” said Tim Bicknell, general manager with RaboDirect.

No further interest will be paid on funds remaining after closure.

Mr Bicknell said that while some customers mislaid their digipass, which is needed to close an account, and required a replacement, “ overall the process is moving very smoothly”.

“We want to avoid customers getting delayed as we move closer to the closure date, so we are recommending that they take the necessary steps to close their accounts as soon as possible and ensure that they have their digipass and it is operational.”

In February, the bank said its decision to withdraw from the Irish market after 13 years was driven by its parent, the Rabobank Group, “to simplify its business model across the world and reduce costs”.

The bank’s corporate banking activities, with a focus on food and agri-clients, will not be impacted by the closure of RaboDirect.