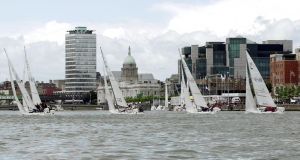 In a ranking of luxury residential market performance, Dublin was the 31st best performing city in the world. Photograph: Alan Betson

Some 60 people saw their wealth move past the $1 billion mark, taking the total number of billionaires globally to 2,024, an increase of 45 per cent in the past decade. According to the annual Wealth Report from estate agents Knight Frank there was a modest rise in the global population of ultra-wealthy people in 2016, reversing last year’s decline.

Despite high levels of economic and political uncertainty as the country negotiates its exit from the EU, the UK is expected to remain the front-runner in European terms of ultra wealthy numbers in 2026, with a forecast population of 12,310, up 30 per cent from today.

Overall, the study shows there was a modest rise in the global population of ultra-wealthy people in 2016, reversing last year’s decline. According to the annual report, there were 83,100 dollar millionaires – with investable assets of more than $1 million (€0.95m) - in Ireland last year, up by 6 per cent on 2015. 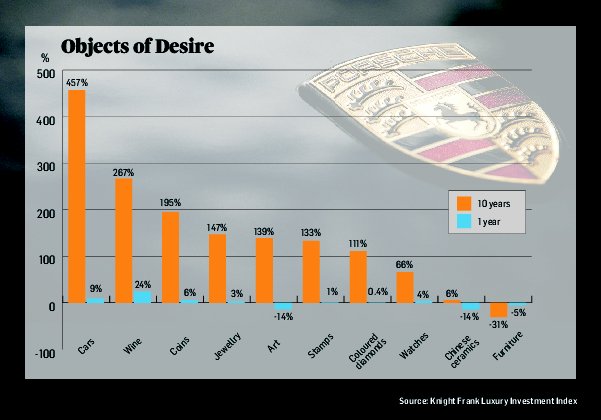 The number of multi-millionaires (over $10 million) also jumped by 160 to 2,760, while 50 Irish people entered the hallowed realm of the “ultra high net worth” (over $30 million), with the total club numbering 890 people. There were, however, no new Irish billionaires last year, with the figure staying static at five.

Property market In a ranking of luxury residential market performance, Dublin was the 31st best performing city in the world, with annual growth of 2.8 per cent, with Shanghai topping the list ( up27.4 per cent) followed by Beijing ( up 26.8 per cent). Amsterdam was the top ranking European city, with growth of 10.1 per cent.

Dublin is also pinpointed as being likely to continue to perform well, as it offers the potential for attractive margins, “where prices are rising from a low base and where any risk is tempered by a level of transparency and good governance” the report says.

The report also shines a light on how the rich like to spend their money, reviewing the performance of so-called “passion investments”. Wine was the top performer in 2016, with the Fine Wine Icons Index, recording growth of 24 per cent in 2016, compared with a relatively lacklustre 9 per cent increase in the value of the HAGI Top Index, which tracks the performance of the world’s most desirable classic cars. However the relatively low annual growth in classic cars is set against total growth of 151 per cent ove rthe past five years, acocrding the HAGI.

However even the best efforts of wine and classic cars did not prevent the report recording an overall growth of just 2 per cent across 10 collection investments it tracks. That’s the weakest performance since 2009. The report attributes the lacklustre growth to falling art prices, which dropped by 14 per cent according to auction data analysed by Art Market Research. There was, however, a marked variation in performance across different genres, the report states.

1 Basic income for all: Has the Covid crisis given us a new economic model?
2 ‘I don’t need to do any of this. . .I don’t actually need to work.’
3 Admission of mistake in Oxford vaccine dose raises doubts over reliability
4 Direct sea routes to Europe offer certainty in choppy Brexit waters
5 Only way is up for Stripe as valuation skyrockets
6 There was no vaccine for Anglo: Why the last crisis was different
7 Promontoria barred from pursuing doctor over Ulster Bank loan
8 Unilever’s Dutch and British arms merge after 90 years ahead of Brexit
9 Online shoppers face unwelcome tax surprise
10 A tale of two pandemics for Smurfit Kappa and Greencore
Real news has value SUBSCRIBE
Save money on international transfers