Are investors hurt by corporate focus on short-term returns? 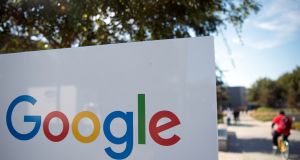 Most companies are short-termist. In a world where you are measured by quarterly reports, it’s inevitable.

But business would be better off ignoring analysts’ quarterly earnings expectations and focusing instead on the long term – doing so would benefit shareholders and the global economy.

That’s the key message from a new report, Measuring the Economic Impact of Short-termism, by global consultancy firm McKinsey. Its findings – “that short-termism is rising, that it harms corporate performance and that it has cost millions of jobs and trillions in GDP growth” in the US – are “sobering”.

The good news is that concerned investors can potentially profit by buying stocks eschewing short-termism, judging by McKinsey’s analysis of the financial performance of 615 US companies over the 2001-15 period.

Five criteria were used to define whether companies took a long or short-term view:

Almost three-quarters (73 per cent) of companies are short-termist, McKinsey finds, with these firms becoming increasingly short-term over time.

The minority taking the long-term view tend to deliver the goods. Since 2001, those companies cumulatively grew their revenues by 47 percent more than the rest of the market; revenues were less volatile; earnings were 36 per cent higher.

Long-term companies did not outperform all of the time. Their revenues slightly trailed other companies in the lead-up to the global financial crisis, while their share prices suffered bigger hits during that crisis. However, they were quicker to recover, and they continued to outperform as the economic recovery took hold.

In fact, if all other firms had appreciated at the same rate as long-term firms, US equity markets could have added more than $1 trillion to their valuation over the sample period.

The wider economy is badly hurt by short-termism, says McKinsey. On average, long-term companies spent almost 50 per cent more on research and development (R&D) than other companies. Crucially, they continued to increase R&D spending during the financial crisis, when other companies were cutting back.

Between 2001 and 2015, the average long-term firm added nearly 12,000 more jobs than other firms. The US economy would have added more than five million jobs over the period had all firms created as many jobs as the long-term companies, says McKinsey. That equates to more than $1 trillion in GDP forgone over the last decade; if these trends continue, that figure could grow to nearly $3 trillion by 2025.

If McKinsey is right, investors can profit by seeking out the long-term value creators. And doing so is easier than it once was.

Last year, S&P Dow Jones launched the S&P Long-Term Value Creation Global Index, which is based on similar criteria to that used in the McKinsey study and which has handsomely beat benchmarks over the last five- and 10-year periods. An exchange-traded fund (ETFs) based on the index is expected to follow in due course.

Not everyone is convinced, however. Some commentators reject the idea that capital markets are becoming increasingly short-term.

The same could be said of public companies like Amazon, Facebook and Google, all of which have been richly rewarded for prioritising long-term projects ahead of short-term earnings pressures.

Still, surveys certainly indicate that corporate executives feel the weight of short-term pressures. In a 2016 McKinsey survey, 65 per cent of executives said the pressure to deliver short-term results had increased over the last five years, similar to numbers reported in its 2013 survey. The number of respondents who felt pressure to demonstrate strong financial performance within two years rose from 79 to 87 per cent.

Most (61 per cent) said they would cut discretionary spending to avoid risking an earnings miss; almost half would delay starting a new project in the same situation, even if this meant potentially sacrificing long-term value.

Overall, the conclusion that short-termist pressures influence corporate behaviour seems a reasonable one. Despite McKinsey’s findings, however, it doesn’t automatically follow that buying long-termist stocks is a winning formula.

As statisticians habitually point out, correlation does not imply causation. Short-term companies may well decline, but declining companies may equally be forced to adapt various short-term strategies – cutting costs, shoring up confidence by desperately attempting to meet quarterly targets, or returning cash to shareholders as opportunities dwindle away.

Similarly, it may be that some companies have “great ideas, great management teams, and compelling strategies”, says Larry Summers.

“They invest heavily, seek to grow revenue, ignore the management of earnings, and do limited stock buybacks” – the criteria McKinsey uses to measure long-termism. “Other companies lack vision and have mediocre management. They invest less, cut costs more, manage earnings, and buy back their stock. McKinsey deems them short term-focused.”

In such cases, the long-term companies will obviously outperform but this may be because of their vision and skills, not their long-term focus.

Mediocre companies that try to imitate long-term companies will be “painful failures”, says Summers. McKinsey may be right in saying companies with a long-term focus will outperform, he says, but the evidence remains inconclusive.

Finally, can one really conclude that millions of extra jobs would be created if all companies took a longer-term view? Is it more likely that the superior numbers reported by the best companies were generated by eating into the business of inferior companies, rather than by expanding the economy?

For its part, McKinsey admits its investigation is a “first effort” rather than the final word on the subject, but feels the data is nevertheless sufficiently compelling for companies and governments to begin devising strategies to resist short-term pressures.

“The economic success of their companies and their countries depends on it”, it warns.