How much money do charity shops actually make?

As little as €0.10 of every €1 spent in charity shop goes towards charitable deeds as turning your bag of unwanted goods into cash can be costly exercise 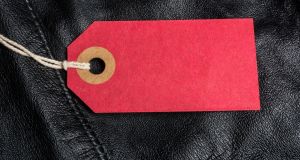 There are about 300 charity shops in Ireland, run by charities such as Age Action, Irish Cancer Society, NCBI, Oxfam and SVP and staffed by volunteers. Photograph: iStockphoto

If you’re in the midst of a spring clean and declutter, you may have a collection of bags and boxes ready to be dropped to your local charity shop (or, if you’re like me, they’ll still be left blocking up the hall.)

In any case, have you ever wondered how your bag of unwanted goods turns into money for a charity? And how much of a financial contribution these bags of goods actually turn into?

An idea that continues to grow

Charity shops first gained prominence on the streets of Ireland back in the 1990s, and it’s an idea that hasn’t yet fallen out of favour. The Charity Retail Association estimates that there are about 300 charity shops across Ireland, with some streets, such as Georges Street in Dún Laoghaire, now more reliant than others on charities renting out retail space to keep the street alive.

A host of charities run shops, including Age Action, the Irish Cancer Society, St Vincent de Paul and Oxfam. And the number of shops is set to rise even further; Age Action, for example, currently runs five shops across the State but has plans for another three, while the National Council for the Blind (NCBI) is also expecting to add another three shops to its 87-strong portfolio.

Gail Kennedy, retail operations manager with Age Action, notes that sales revenue for 2016 was slightly up on 2015, while its profit margin was also higher, up to 36 per cent from 33 per cent.

If you’ve ever wondered how some charity shops can manage to sell some of the junk that is handed in, the short answer is they don’t. Or not really.

“It’s definitely an area for us that we feel we can grow and help us to do the work we’re doing,” she says.

For charities, income generated via a charity shop is “unrestricted” – which means the charity can direct the funds where it sees fit, and isn’t obliged to spend it on a specific project.

But not everything is sold. If you’ve ever wondered how some charity shops can manage to sell some of the junk that is handed in, the short answer is they don’t. Or not really.

While charity shops appeal for quality donations, many people look at them as an outlet to offload their rubbish – and shops typically don’t assess donations before accepting them.

“It’s a perennial problem; people put in a broken toy or something like that to get it out of house so they don’t have to pay to dump it themselves,” says Finbarr Roche, head of community and retail fundraising with the National Council for the Blind.

This means that charity shops have to shoulder the costs of disposing of goods that can’t be sold. Kennedy, for example, notes that between 15-20 per cent of Age Action’s donations are destroyed or dumped.

Clothes that aren’t in good enough condition to be sold to the public are often sold to textile recyclers, which will either recycle the clothes as fabric, or export them as garments for sale overseas.

“We try not to decline anything we’re offered if someone has gone to the bother of giving it to us. Everything that comes in is assessed,” she says, adding that the shop operates “strict quality control” and clothes are steamed and cleaned before making it to the shop floor.

There is a way, however, for shops to make some money back on these items.

Clothes that aren’t in good enough condition to be sold to the public are often sold to textile recyclers, which will either recycle the clothes as fabric, or export them as garments for sale overseas.

Dolly Textile Recycling, which works with MS Ireland, for example, says that more than two-thirds of the clothes it collects are exported to African countries or Pakistan for sale, 24 per cent are shredded and used for new purposes, and the rest goes to landfill.

Some make a lot of money

Depending on the location, the quality of the goods handed in, and the prowess, perhaps, of the staff in preparing and displaying the goods for sale, charity shops can be a lucrative endeavour.

Sales figures for St Vincent de Paul, for example, which operates a chain of about 200 shops across the State, were €25 million in 2015 – or higher than Irish sales for either Oasis or Abercrombie & Fitch.

Not everyone is a fan

Earlier this year the True and Fair Foundation, which campaigns for more efficiency in the charity sector and is run by Gina Miller (yes, the very same Gina Miller who brought the Brexit case in the UK) found that thousands of charity shops in the UK were, on average, less profitable than some high street retailers, despite benefiting from an extensive network of volunteers, free donated goods and 80 per cent reduction in business rates.

The report, titled “Lifting The Lid”, found that more than 4,000 of them, run by the likes of Scope, Age UK, Sue Ryder, Marie Curie and the British Heart Foundation, made a profit of less than 17p in the pound.

The performance of such shops led Miller to declare that charity shop chains “are failing on many levels”.

Not everything that’s for sale in a charity shop comes from donations. According to Roche, for example, the NCBI will buy in a limited amount of new quality stock, although he says there are Revenue implications on that front. Charity shops don’t have to pay VAT typically, but if they go over a certain limit of new stock, VAT may apply.

The charity also benefits from donations from retailers, such as Carraig Donn and Field’s Jewellers. It has started selling higher-value new stock on its eBay shop.

They can benefit from cheap rent

Sometimes a charity shop will benefit from a cheaper deal, but typically they will be subject to rates and rent in the same way as any other retail outlet. However, they will also set up in low-cost areas or places where they can negotiate favourable terms.

Not everyone who works there is a volunteer

Charity shops rely on a steady stream of volunteers to work the till, sort through the goods, and keep the shelves filled and the shops tidy.

“We rely heavily on volunteers, they are our greatest resource,” says Roche, noting that NCBI has a network of up to 800 volunteers.

And the charity is not alone. Enable Ireland, for example, which provides services to people with disabilities, says that in 2015, 277 volunteers donated 57,668 hours working in their 21 shops, while SVP has a network of some 4,500 volunteers manning its shops.

However, it’s not just volunteers who work in charity stores; many charities also pay staff to manage the stores.

“You have to have a certain paid cohort [of staff], as they are guaranteed to turn up at a certain time and close the shop,” says Roche.

In addition, many charities avail of grants from the Tús and Community Employment Schemes (CES). The CES aims to help people who are long-term unemployed and other disadvantaged people to get back to work by offering part-time and temporary placements in jobs based within local communities.

Age Action, for example, received €136,567 from the CES in 2015, which accounted for 17 per cent of the revenues generated by its three shops in the year, its financial figures show.

Enable Ireland employs 77 people through its social partnership programme, while Barnardos also relies on the schemes to man their shops.

For Roche, paying staff to work in the shops is also part of the professionalisation of the sector.

“We want to get away from old-fashioned ideology of stores that might be dank, with poor quality items,” he says.

Charity shops operate on a network of free labour, free goods and discounted rent and business rates. And yet the net financial return to charities from their chain or retail outlets across the State often fails to stretch much higher than traditional retailers who have to operate on a commercial basis. The reason? The costs involved in running the shops.

“Rents, rates, electricity, heat and light – all have to be paid for,” says Kennedy.

Given how costs can eat away at profits, charities are trying to control costs better. Oxfam, for example, reduced its operating costs by 4.5 per cent last year by streamlining its distribution operation and closing non-profitable stores, while NCBI says it has worked on efficiency and in the process boosted its net profits for 2016 to €760,000.

1 Objectors stall production of enough timber for 5,000 houses
2 Revised help-to-buy scheme opens for applications
3 Shed Distillery in Leitrim to open €3m visitor centre next month
4 Urban micro-farm growing vegetables in heart of community
5 UK tips into deepest recession on record after 20% contraction
6 Moving in and out of lockdown is a recipe for economic disaster
7 AIB concedes Covid mortgage policy was ‘regrettable’
8 General Motors deprived of rising star after CFO’s surprise move to Stripe
9 Glanbia sees sharp decline in earnings due to Covid-19 crisis
10 ‘No demand... because there are no people’ at well-known Dublin pub
Real news has value SUBSCRIBE
Save money on international transfers