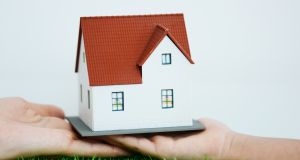 Whether one leaves additional properties in a will or determines they should be sold and the proceeds distributed is irrelevant from now on. Photograph: iStock

You referred in a previous answer on the subject of dwelling house relief that, to qualify, Revenue rules said: (1) “The house was the only or main home of the person who died” and (2) “You do not own, have an interest or a share in any other house, including one you acquired as part of the same inheritance”. Suppose the person who dies owns two houses – A (their main one) and B – and has a son and daughter. Referring to (1) above, can you confirm that, in this case, the exemption option still applies, providing that house A is the inherited house (in other words, owning a second house does not itself inhibit availing of the exemption)?

And, if so, that subject to no other gifts already being received, they would currently avail of the tax-free threshold of €310,000?

Just one other separate query. If a house is gifted from parent to child, while both are still alive, does stamp duty apply to that transaction, payable by the son/daughter ( as if they had bought the property)?

That’s a lot of questions. And, as it happens, the main thrust of your query is particularly relevant just now as a court ruling last week has actually changed the rules on dwelling house relief – assuming no further Revenue appeal follows.

As you note, there are fairly strict rules around dwelling house relief. That’s hardly surprising as it is perhaps one of the most valuable reliefs from capital acquisitions tax available. The rules were tightened a few years ago when it became clear they were being abused for tax-planning purposes by wealthy families.

The main rules are:

1. The property is the main or only home of the person who has died;

2. The recipient owns no other property at that point, and;

3. Critically, that the recipient has been living with the homeowner for three years before they die.

They must also (4) hold on to the property for six years after availing of the relief, or use any money from its sale to buy another property.

In relation to your questions, it doesn’t matter really how many homes the person who has died owns: the key thing is that the only property that can be subject to dwelling house relief is the one used as their main home and that the recipient and the homeowner live in that property together for the requisite period ahead of the inheritance.

Where a family home is sold and the two parties move to another property within that three-year period, the relief is still available. But there can only be one main home at any time.

So yes, in your scenario, house A, the main home, is available for dwelling house relief – assuming all other requirements are met.

Moving to your second question, this is where last week’s court ruling throws previous Revenue practice out the door.

Revenue has always been of the view that if someone who would otherwise qualify for dwelling house relief inherits not just the main home of the benefactor but another property, or a share in another property, they no longer meet the eligibility criteria.

The precise scenario you outline is interesting in that the will dictates that any second property be sold on the death of the owner. I’m not sure it would suffice to qualify for the relief but the argument has been rendered academic. The High Court ruled in the case of a woman, Leanne Deane, who inherited both the family home where she had lived with her father and an interest in four other properties was entitled to the dwelling house exemption.

The nub of the issue for Ms Justice Caroline Costello was whether Ms Deane had beneficial interest in the investment properties at the time her father died. She ruled that Ms Deane had no beneficial entitlement to any of the properties until at least five months after her father’s death.

In that case, she has no interest in any other properties when she inherited the family home from her father.

The impact of the court case is that you will no longer be disbarred from dwelling house relief if you inherit property other than the family home in the same will. Thus, whether one leaves additional properties in a will or determines they should be sold and the proceeds distributed is irrelevant from now on.

The bigger issue for Revenue is that other people in Ms Deane’s position may now be in a position to claim a refund of tax aid by virtue of being denied dwelling house relief in the past.

Your final two questions are more straightforward to deal with. Where a person is eligible for dwelling house relief, it has no impact on their tax free inheritance tax threshold. So, assuming they have received no other inheritance from a previously deceased parent or a large gift form either parent, they are still entitled to receive up to €310,000 (over and above the house inherited) in assets before being subject to capital acquisitions tax (Inheritance tax).

And, on the issue of gifts and stamp duty, yes the recipient of a gift of a property from a parent is obliged to file a stamp duty return and pay stamp duty on the market value of the gift.