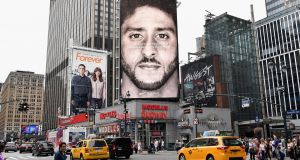 Billions of dollars were briefly wiped off Nike’s share price after the sportswear giant announced controversial American footballer Colin Kaepernick was to be the face of its new marketing campaign. Not so long ago, the conventional wisdom was that companies should steer clear of politically polarising issues, but a growing number of companies, like Nike, are choosing to dive right in.

For investors, the question arises: do the rewards of political activism outweigh the risks? There’s an intuitive commercial logic to staying apolitical. Instead of alienating potential customers, companies want to sell their products to as many people as possible, irrespective of their political leanings. Play it safe. After all, Republicans buy footwear too, to use a quote often (but probably wrongly) attributed to basketball icon Michael Jordan.

Nike has chosen to play what seems to be a more dangerous game. Famous for protesting against police brutality towards African-Americans by kneeling during the American national anthem before National Football League (NFL) games, Kaepernick is a divisive figure who has been out of a job for more than a year now. A hero to some and a traitor to others (his critics include Donald Trump, who said Nike had sent a “terrible message”), a recent poll found 53 per cent of Americans believed it was “never appropriate” to protest causes by kneeling during the national anthem.

Nevertheless, the executives at Nike, a corporate behemoth valued at over $130 billion (€110 billion), are not innocent idealists; clearly, they believe political activism will benefit their brand, an assumption increasingly shared by major corporations.

In Ireland, global technology giants Google, Ebay and Twitter all supported the 2015 referendum on marriage equality. In 2017, Coca-Cola added rainbow lights to its famous Sydney billboard ahead of Australia’s same-sex marriage vote, saying it “believes in the power of bringing people together” and that “no matter who you are or who you love, all couples should be treated equally”.

Qantas, Google and Ebay also called for a Yes vote, as did Airbnb. The online lettings company, which said earlier this year that it would “be ready” to make its stock market debut in 2019, has also waded into political waters in the US, coming out against Trump’s travel ban on people from several mainly Muslim countries.

So too did a host of other major US technology giants, including Apple, Google and Facebook, while 162 Silicon Valley companies filed a legal brief against Trump’s attempt to restrict America’s high-skilled visa programme.

Disney chief executive Bob Iger and Tesla founder Elon Musk resigned from Trump’s business advisory council after the president pulled the US out of the Paris climate agreement. In 2016, over 100 companies ranging from Apple and Google to Citibank and Kellogg’s signed a letter protesting anti-LGBT legislation in North Carolina; a number of companies, including Paypal and Deutsche Bank cancelled plans to open or expand operations in the state.

However, attempts at political and social activism carry risks. Pepsi attracted derision from across the political spectrum after a disastrous ad which featured model Kendall Jenner defusing tensions between protestors and police. Nike shares fell 3 per cent after the Kaepernick announcement, with customers posting online videos of themselves destroying Nike products under the hashtag #JustBurnIt.

Several gun makers severed ties with Fortune 500 retailer Dick’s Sporting Goods and gun owners pledged to boycott the store after the company announced it would no longer sell assault-style weapons following a deadly school shooting. More than half of respondents to a recent Sprout Social survey said they might purchase less from a company if they disagreed with its point of view, while a third said they might join a formal boycott.

Boycotts can hurt stock prices, according to a 2011 study which found a boycotted company’s stock price can fall almost 1 per cent for each day of negative media coverage. A separate survey by the 4As (American Association of Advertising Agencies) found a majority (58 per cent) of consumers dislike it when companies adopt a political stance.

There’s “typically more risk than benefit”, said Alison Fahey of the 4As. “Brands taking a negative approach risk backlash, and only a small percentage of consumers are moved to buy from positive messaging”.

Some surveys suggest otherwise, however. The aforementioned Sprout Social survey, for example, found that two-thirds of consumers say brands should take a public stand on social and political issues. A 2017 survey of 14,000 people in 14 countries by public relations giant Edelman found 57 per cent would buy or boycott a brand solely because of its socio-political stance; 51 per cent believed companies “can do more to solve social ills than government”; and 30 per cent said they make belief-driven purchases more than they did three years ago.

This trend represents “a real opportunity” for multinationals, said chief executive Richard Edelman. “Brands have to take on bigger issues of the moment”. That’s echoed by Peter Horst, founder of marketing consultancy CMO. “Don’t be lulled into thinking that there’s safety in silence,” said Horst.

“Every posture brings risk – including sitting on the sidelines”. After the initial selloff, Nike investors came around to that point of view. The company announced a 31 per cent jump in online orders, helping the stock price to hit all-time highs within days of the Kaepernick announcement.

Polls showed its stance was popular among the young and ethnically diverse, the very people Nike is seeking to attract. And while some customers are undoubtedly upset, Nike is likely to view the move as a sound long-term bet, that it will be seen as being on the right side of history.

It’s also worth remembering that more than half of Nike’s sales come from outside the US, where Trump is not a popular figure. Viewed in this light, Nike’s move looks decidedly less risky.

“If Nike wanted to take the same kind of bold move the quarterback did – one that damaged future earnings – the company would sign up a Chinese dissident instead”, as the Financial Times’ Lex columnist put it. Similarly, the aforementioned companies making political noises believe their moves make sound business sense.

Apple chief executive Tim Cook has complained that religious freedom legislation that permits discrimination against LGBT people is bad for business. Between 2014 and 2016, Google spent $265 million (€225 million) in an attempt to make its workforce more diverse.

Conscious of their multicultural workforces and the fact that a growing body of research indicates diverse workforces achieve better results, companies like Google know not taking a stance on issues like travel bans and same-sex marriage is unlikely to play well with staff as well as customers.

Economist Milton Friedman famously said the business of business is business. Today’s multinationals increasingly believe that selectively taking principled social and political stances does not contradict the pursuit of profit; it augments it. Nike is asking customers to emulate Kaepernick, to “believe in something, even if it means sacrificing everything”.

The irony is that with online sales soaring and an abundance of free publicity, it’s clear Nike doesn’t expect to be making a sacrifice of its own any time soon.