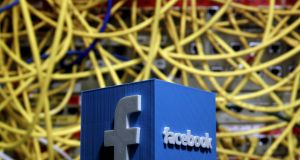 One dataset, linked to the Mexican media company Cultura Colectiva, contained more than 540 million records, including comments, likes, reactions, account names, Facebook IDs and more. The other set, linked to a defunct Facebook app called At the Pool, was significantly smaller, but contained plaintext passwords for 22,000 users.

The large dataset was secured Wednesday after Bloomberg, which first reported the leak, contacted Facebook. The smaller dataset was taken offline during UpGuard’s investigation.

The data exposure is not the result of a breach of Facebook’s systems. Rather, it is another example, akin to the Cambridge Analytica case, of Facebook allowing third parties to extract large amounts of user data without controls on how that data is then used or secured.

“The data exposed in each of these sets would not exist without Facebook, yet these datasets are no longer under Facebook’s control,” UpGuard wrote in its blogpost. “In each case, the Facebook platform facilitated the collection of data about individuals and its transfer to third parties, who became responsible for its security.” – Guardian