INM sale prospect, Brexit animal worries and game on for Google and Apple 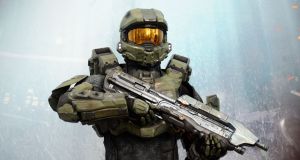 Google and Apple are about to challenge Sony and Microsoft’s dominance of gaming , writes Ciara O’Brien who also review the Dyson Pure Hot+Cool air purifier.

Independent News & Media’s (INM) chief executive has raised the prospect of a sale of the newspaper group, as it grapples with flagging profits, plans to charge online subscriptions and an investigation into alleged data breaches and corporate governance issues. Mark Paul has the details.

Two of the State’s largest agri-food businesses have raised concerns about practical measures being considered for checks on food and animal health to avoid a hard Irish border in a no-deal Brexit, reports Simon Carswell.

The inquiry into Irish Nationwide Building Society (INBS) is to further delay aspects of the case relating to former managing director Michael Fingleton who is unable to attend due to his ongoing health issues, writes Joe Brennan.

AIB has partnered with data-analytics company Boxever to use its technology to better engage with customers. The partnership marks the first banking customer for Dublin-headquartered Boxever as it continues to expand beyond the travel sector. Charlie Taylor reports.

Consumer sentiment made a “modest” gain in March, recovering about half of the large drop suffered in February, according to the latest snapshot from KBC Bank Ireland and the Economic and Social Research Institute (ESRI). Laura Slattery reports.

Google and Apple are about to challenge Sony and Microsoft’s dominance of gaming , writes Ciara O’Brien who also reviews the Dyson Pure Hot+Cool air purifier.

In his column Chris Horn says that killer apps for 5G technology have yet to emerge.

Netflix, is at heart a technology company, writes Charlie Taylor, and to this end has produced software for content creators.

Cantillon laments the fact that the local property tax had been allowed to languish, is piqued by Kerrygold versus Glanbia in the US and takes Facebook to task.

In this week’s podcast Colm Keena talks about the strange saga of the Quinn business family. The State’s long battle to recover debts the Quinns owe to the IBRC, formerly Anglo Irish Bank, ended this week with a settlement reached with former billionaire Sean Quinn’s adult children. But much of whatever money is eventually recovered will go to the lawyers. Was it worth the effort?