Tech giants turn to Netflix model for future of gaming 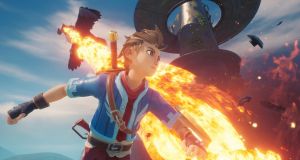 Apple is going for a certain amount of exclusivity with its Arcade service. 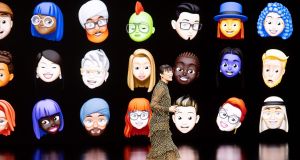 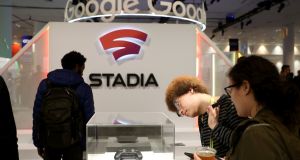 The idea of Google’s Stadia is that you can play a game in seconds: no downloads, no updates. Photograph: Justin Sullivan/Getty Images

There was a time when gaming was almost exclusively the preserve of expensive PCs or devices built solely for gaming. Games were bought in physical form – cartridges and then discs – rather than downloaded over the internet.

That has all changed. The introduction of the App Store and the creation of the mobile gaming genre has contributed in some part to this. Not only has the smartphone made casual gaming more accessible to everyone, but as phones and tablets have become more powerful, the games have become increasingly advanced.

As Spotify changed the music industry and Netflix transformed how we access film and TV shows, attention is now turning to the games industry. Sony and Microsoft both offer games products that give players unlimited access to titles for a monthly fee, with Xbox Games Pass and Playstation Now. But Google and Apple have both set their sights on the games markets, with big plans that could see the idea of the “Netflix for gaming” become the standard way to access games.

At the Games Developer Conference (GDC) in the US, Google took the first step into the games world with Stadia, a service that allows you to play high definition games instantly over the internet to any screen, whether it’s a tablet, smartphone or TV.

And only a matter of days later, Apple unveiled Arcade, a subscription service that will give customers access to more than 100 games in its App Store for a monthly fee.

So what should you know about the new services?

How it works Stadia and Arcade both have a similar goal in mind: bring gaming to everyone. How they do it though is very different.

Stadia relies on an internet connection, streaming games to your devices through the Chrome browser. It’s a cloud streaming service, using the power of Google’s data centres. There will be a controller, but it’s optional.

Apple Arcade will work on phones, tablets and desktop computers that support Apple’s App Store. Arcade will be a tab within the App Store, and subscribers will have access to all the games contained with in it.

What they offer Details on Stadia are limited. But Google outlined its vision at the launch, and it’s all very ambitious. The idea is that you can play a game in seconds: no downloads, no updates. You could, in theory, be watching a live stream of a game, decide you fancy playing it and click a link that could instantly start that game. All you need is a Chrome browser.

Google is also planning to offer up 4K HDR gaming, at 60 frames per second. That means high-quality visuals.

Meanwhile, Apple has shared a bit more information on Arcade. At launch, the service will offer around 100 games to subscribers chosen by Apple and presented in a tab in the App Store.

Apple is going for a certain amount of exclusivity with its service. Some of the mobile games will be exclusive to the Apple platform, commissioned by Apple for the service. Some will have a console version, such as Sayonara Wild Hearts, which is coming to the Nintendo Switch, but won’t appear on Android.

Arcade could be described as Apple’s solution to a problem it helped to create. On the one hand, you have the App Store and its multitude of games that has pushed mobile gaming into the mainstream. But it has also created a situation where free-to-play games – with in-app purchases – are far more popular than the paid version.

In-app purchases can be problematic; they’re annoying for some consumers, who just want to get on with things and play, and they’re not ideal for children, who in the past have run up significant bills before parents realised what was going on, prompting Apple and Google to take measures to disable or limit in-app purchases.

So having a subscription service means users don’t have to wrestle with their inner budgeter to spend €3 on a game; it will simply be part of the monthly fee.

What are the benefits? Neither require the purchase of extra pricey equipment beyond what you likely already have – a smartphone or tablet at the very least. From a consumer point of view, it makes gaming very accessible, but the developers may see it as a mixed bag.

The lack of downloads for Stadia titles means players will be able to get straight into games in a matter of seconds; no waiting for software updates or patches to play. If you see a game on YouTube, you can choose to play it.

Google plans to build Stadia on its data centre infrastructure, which is already well established, so rolling out the platform shouldn’t be a massive undertaking. It also means cheating through hacking games and unapproved mods (modifications or changes made to software to change the way it works or looks) would be a thing of the past.

It will, however, mean you’ll need a robust internet connection, especially if you want to play games in 4K. You’re going to need a lot of bandwidth for that one, which may not be available in some areas of the country. Even in standard definition, you’ll still need a good connection if you want to have any sort of decent playing experience. If your access keeps dropping out, at best it will be frustrating; at worst you may lose some hard-won progress. However, Google said it is working on some technology that would allow players to keep their progress in the event their internet connection drops out, which should allay some player fears.

Apple’s Arcade model has some benefits too. For a monthly fee, players will be able to try out a range of new games, and they won’t have to deal with annoying hidden extras like in-app purchases. You will be able to start playing on one device – your iPhone, for example – and then pick it up on your Mac or iPad.

For younger users, parents will still be able to manage screen time on Arcade. Plus the lack of in-app purchases means Apple won’t be promoting free-to-play, highly addictive games.

There are also privacy implications. Apple said it won’t allow advertising in games included in the Arcade, and it won’t collect data on the games you play without your consent.

Apple took a jab at Google when it pointed out that its games would still available for play offline too – crucial if you are travelling or just don’t fancy being hooked up to the internet 24 hours a day.

Downsides? As with any subscription service, there’s a grey area over who owns the content.

If Google decides to remove a game, what happens? Will developers make enough titles available on Stadia to attract players or will they stick with the tried and tested platforms?

Both services depend on getting developers on board. For Arcade, removing in-app purchases means the initial deal for getting games makers on board needs to be compelling.

Stadia in particular seems to be attracting a lot of questions. For example, if it relies on streaming rather than making the games locally available, you’ll need a decent broadband connection all the time. If you want to play offline, you can’t, and that not only rules out areas where broadband is non-existent but also train journeys or flights where a stable connection is hard to come by.

And while the streaming service would be an end to cheating through hacks, it also means an end to modding, which is a more creative pursuit.

Games menu The Arcade lineup hasn’t been revealed yet, but Apple did say it was working with Annapurna Interactive, which will see The Pathless come to Arcade and Sega’s team Sonic Racing.

Stadia hasn’t announced any definite games, but it is working with Ubisoft and ID Software among other games developers.

How much and when? Again, we’re a little light on detail here. There is no pricing information for Arcade, so we will have to wait until its autumn launch to find out more. Apple Arcade is set to come to the US and 150 countries – we’re assuming Ireland is one – later in the year.

Information on Stadia is also lacking. It’s set to launch this year in the US, Canada and most of Europe, including the UK. But we should get a bit more detail in June, probably at games expo E3.

Impact on industry The success of the platforms all depends on the quality of titles that come to this service. Both Sony and Xbox offer subscription-based services but neither have killed off the big-game launch because they simply don’t offer the newest titles. It’s similar to the relationship between Netflix and the cinema; one has not killed off the other.

However, it may affect demand for free-to-play games on iOS. From a user perspective, it will be less attractive to play games interrupted with ads; from a developer perspective, the revenue generated by Arcade participation may outweigh the loss of revenue from in-app advertising and purchases.