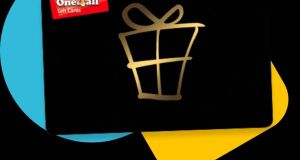 AIB’s planned takeover of Goodbody Stockbrokers will see staff of the securities and investment firm maintain their existing contracts and avoid being caught up in the effective ban on bonuses across bailed-out banks, The Sunday Times reports.

Incentive awards across rescued banks have effectively been prohibited since 2010, when the government slapped an 89 per cent tax rate on such payments.

The newspaper said AIB will argue, in seeking Government approval for the plan, that Goodbody is a separate regulated entity and the State ban was never intended to apply to stockbroking, where bonuses are an integral part of remuneration. The Government has not yet been consulted on the terms of the deal, which is expected to be agreed within the next month.

One4all customers leave €219m unused on cards The Sunday Times also reports that more than €219 million remained unclaimed on One4allgift cards at the end of 2019, citing recently-filed accounts for the company.

The amount left on gift cards by Irish and UK cardholders was up from €181 million a year earlier. An Post sold its controlling stake in the business in 2018 to financial technology specialist Blackhawk Network, in a deal that valued the enterprise at €100 million.

Logistics firm highlights Brexit hit to Irish sales UK storage and logistics firm Oakland International, which has a presence in Dublin, has said that about 30 per cent of exporters

it used to work with supplying the Irish market have stopped sending goods to the State as Brexit has resulted in increased transport costs and customs delays, according to the Sunday Independent.

“We work with about 350 suppliers, brands and partners and a lot of them are saying that the volumes going into Ireland aren’t so great to warrant the hassle, so they have just stopped altogether,” the paper quotes Oakland chief executive Dean Attwell as saying. He added that he did not know whether this was a permanent shift.

The Government is working to secure early supplies of AstraZeneca’s Covid-19 vaccine in advance of the product’s expected authorisation in Europe later this month, the Sunday Business Post reports.

It would be the third vaccine to be approved in Europe, but is being described as a “game changer” as it is easier to store and because the State is entitled to 3.3 million doses of it.

Manna’s drone service was originally conceived as a way to deliver to customers quickly and easily, with the company focusing its trials on restaurants. The company had been preparing for a test of its service in April, but the pandemic delayed matters. However, it has been trialling its service for groceries deliveries in Oranmore, Co Galway, in recent months.