Why Hollywood studios pulled the plug on cinemas 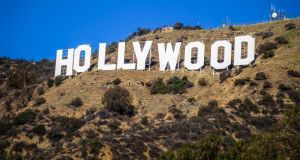 In the post-Covid world, executives anticipate mid-sized films and even blockbusters will be shown in cinemas for a much shorter timeframe before landing online. Photograph: iStock

Last Friday at around 7pm in London, the chief executives of the world’s largest cinema operators received a phone call they had dreaded for months.

All year exhibitors had been in a game of chicken with Hollywood studios as they postponed their biggest blockbusters due to the coronavirus pandemic. One by one, movies that would typically make $1 billion (€850 million) at the box office – Marvel’s Black Widow and the latest instalments of Wonder Woman and Batman – had drifted further down the once-airtight calendar.

James Bond was different. MGM, the beleaguered studio behind the franchise, had promised cinemas that a worldwide release would go ahead in November. As recently as Wednesday last week, MGM reassured cinema chains that there would be no further delay, according to three people familiar with the discussions.

But two days later MGM folded. As Covid-19 cases rose in Europe, a crucial market for Bond films, and with little indication that New York’s governor would allow cinemas to reopen in the key city, MGM felt it had little choice but to postpone, according to people briefed on the decision. The aptly titled No Time To Die was pushed to 2021.

Mooky Greidinger, chief executive of the Cineworld chain, said that he struggled to listen to his MGM contact when he received the call. “To tell you the truth it was such a surprise, I had in mind the 30 phone calls that I had to do,” he said.

Tim Richards, chief executive of cinema company Vue, described the postponement as a “body blow to the industry”, adding: “I genuinely don’t think a lot of cinema operators will get through this.”

This cemented a lost year for the movie industry. It also reflects an impossible conundrum for Hollywood’s studios. Saddled with expensive projects, distributors face releasing them to largely empty cinemas, putting them online at a steep financial loss or delaying them in the hope that the world will return to a pre-pandemic normal next year.

With a few big exceptions, the studios have chosen the final option.

Universal, owned by Comcast, took a more controversial stance by selling some movies such as Trolls: World Tour online – a move that sparked a months-long feud with AMC, the biggest US cinema chain. Disney followed by selling Mulan, its live action remake of the animated film, on its streaming service for $30 in the US and Europe.

These experiments would have been unthinkable were it not for the pandemic. The cinema chains and movie industry traditionalists have spent years doing battle with Netflix, the online service which wants to stream movies at the same time – or instead of – a cinema release.

For their part, most studio executives expected that these changes would happen as audience habits evolved, though much more gradually.

In defence of their industry, cinema owners point to a record-breaking year in 2019 when box office revenues hit $43 billion (€37 billion) thanks to films such as Avengers: Endgame. But the boost has been predominantly a feature of ticket price increases rather than growing audience numbers, which have largely fallen since a high point in 2002.

Now they have been plunged into chaos. As the studios hold back their inventory, Mr Greidinger likened it to “being a grocery store with no meat [and] no food”.

AMC, Cineworld and Cinemark, the three largest US cinema operators, have turned to lenders to sell bonds or take out expensive loans to last out the crisis.

According to its most recent quarterly update, AMC had a debt pile of $5.5 billion – roughly eight times its equity value – while Cineworld revealed last month that its net debt stood at $8.2 billion and that it was likely to breach its covenants. Cinemark, the third-largest cinema owner in the US, saw its net leverage grow to 5.8 times in the first half of the year, while revenues more than halved.

Analysts estimate that after taking the drastic decision to close its US and UK sites, Cineworld will need about $300 million in additional funding to see it through until blockbusters such as Bond debut in the spring. The company confirmed earlier this week that it would keep its Dublin outlet closed indefinitely.

Without rescue financing, the question is who would buy these distressed assets?

Jeffrey Bock, box office analyst at Exhibitor Relations, predicts that Disney, Universal or Warner Bros could step in. “If Disney bought AMC, there’s no reason why they could not show The Mandalorian 2 in theatres on opening weekend, and then start streaming it after, and they would make so much money,” he said.

But advisers to large studios said cinema owners should not expect the likes of Walt Disney, Warner Bros or Universal Studios to bail them out.

“The studios are better off letting the cinemas go bankrupt and remerging as healthier companies without any debt later,” said a person close to Universal.

The pandemic has turned the tables, said a person close to Disney. For decades studios have been scared to challenge and seek better movie release terms from the cinema groups as they drove a huge portion of their revenues. “Now the [studios] have more power to set the terms,” said the person.

Bankers and lawyers working in the media and entertainment sector said that the most likely buyers of cinema companies were private equity groups, who had the ability to manage what is expected to be a tough restructuring process.

Vue’s Mr Richards suggested that streaming platforms – the “Amazons and Apples and Hulus of the world” – could also show an interest in the industry’s remaining screens.

Netflix last year bought Los Angeles’s historic Egyptian Theatre, at the time calling it a way to “provide remarkable film experiences for audiences”. But a person close to the company said there were no current discussions about buying up cinemas en masse.

In the post-Covid world, executives anticipate mid-sized films and even blockbusters will be shown in cinemas for a much shorter timeframe before landing online – a few weeks rather than the months-long window the industry has protected.

Mid-budget movies, such as romantic comedies, could not be shown theatrically at all and instead be picked up by streamers to pad their libraries.

The streamers have softened the blow from theatrical woes, said Tom Ara, a veteran entertainment lawyer for DLA Piper. “The consensus is that theatres are threatened, but everyone is distracted by the shiny object, which are big pay days coming from these streaming deals,” he said.

Some studios have received offers from streamers of more than three times the prices that had been dangled before the pandemic for their films, said people familiar with the deals.

But for blockbusters, which typically cost between $200 million and $300 million to produce and market, the economics of distributing online are tough.

Mulan is a good example. The Disney film opened theatrically in countries such as China where cinemas were open and was sold online for $30 elsewhere. Analysts estimate that the movie has made between $90 million and $100 million through digital sales on Disney+. The film has also brought in $67 million from the box office, but Disney only keeps a fraction of that.

With a $200 million production budget and additional marketing costs, Disney would fall far short of breaking even. Disney’s chief financial officer, Christine McCarthy, told an investor conference last month that the company was “very pleased” with Mulan’s online video sales, but declined to give specifics.

Even from his own bleak situation, the chief executive of a major cinema company had choice words for the Mulan gamble: a “financial mess”. – Copyright The Financial Times Limited 2020