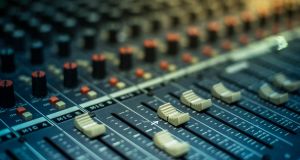 The Radio Kerry offer was significantly less than the €7.2 million it had offered in a deal which collapsed in 2008.

The proposed sale of Clare FM and a controlling 70 per cent stake in Tipp FM to Radio Kerry has collapsed.

In a statement, chairman of Clare FM, Maurice Harvey said: “The deadline has passed without completion despite the best efforts of all involved.”

The managing director of Clare FM and Tipp FM, Liam O’Shea, said: “We have written to our shareholders and want to assure them that the board and management will continue to consider appropriate development opportunities for the betterment of all concerned.”

Clare FM and Radio Kerry would not be drawn on Wednesday on the reasons for the deal not proceeding.

Founding chief executive of Clare FM, Caimin Jones, said: “The failure of Radio Kerry to take over Clare FM – not once but twice – reflects very badly on both stations.

“No reasons have been given for the latest collapse. Shareholders, especially the small subscribers who did so much to support Clare FM in difficult times, deserve a great deal better,” he said.

“The Broadcasting Authority of Ireland [BAI] should have a good hard look at what went wrong in the 2008 attempt as well as the latest fiasco.”

In January of this year, in a letter to more than 500 shareholders, Mr Harvey stated that the board was recommending acceptance of the Radio Kerry offer.

Mr Harvey told shareholders that the board was recommending the offer “as consolidation within the industry will strengthen and secure the future of all involved”.

The Radio Kerry offer was €7.50 per share and was significantly less than the €7.2 million – or €20 per share – it had offered to buy Clare FM in a planned deal which collapsed in 2008.

Mr O’Shea is one of the big losers in the failed deal. He stood to receive €154,762 from the purchase of his shares by Radio Kerry.

A brother of Tipperary hurling coach Eamon O’Shea, Mr O’Shea has been at the helm at Clare FM since 1998 and oversaw the station’s purchase of Tipp FM where he is also managing director.

A number of priests with shares have also lost out with the deal collapsing.

The most recent accounts for Radio Kerry Holdings Ltd show that it recorded profits of €269,939 in the 12 months to the end of April 2018.

Clare FM and Radio Kerry didn’t respond to a request to comment on the statements by Mr Jones on Wednesday.