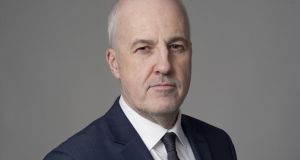 Mr Whelan has been economics correspondent with the broadcaster for the past nine years, reporting on the financial crash, the bailout and the economic recovery. Before that, he was Europe editor for RTÉ.

He will take up the job in the summer, replacing Fiona Mitchell, who will return to work for RTÉ News in Dublin after four years in the London posting.

RTÉ News and Current Affairs managing director Jon Williams said Mr Whelan’s experience of reporting from Brussels and on the Irish economy meant there was “ no-one better suited to guide our audiences through the next chapter of Ireland and Britain’s history”.

Mr Williams paid tribute to Ms Mitchell, saying she had been “a vital presence on air and online” through the Brexit process and that RTÉ could not have been better served in her coverage of terror attacks in London and Manchester and on many other stories.

Mr Whelan’s qualifications include a degree in history and politics from UCD and a postgraduate diploma in journalism from NIHE (now Dublin City University).

He began his career as a freelance feature writer with Magill magazine and the Irish Independent, worked in London on weekly business newspaper Marketing, before moving back to Ireland in the early 1990s to report for the Sunday Tribune.

He first worked for RTÉ News in 1991, initially as a radio reporter, then in television as a reporter and presenter on This Week and World Report. He joined the foreign desk in television news in 1994 and went on to spend a decade as Europe editor.

“I am really grateful to be given this opportunity to get into the heart of a massive running story - the unfolding of Brexit and the changing relationships between Ireland, the UK and the EU that it is bringing about,” Mr Whelan said.