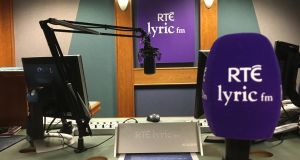 The Lyric FM move from Limerick had formed part of its overhaul plans but prompted a fierce local opposition.

RTÉ has acceded to a Government request to defer the planned relocation of Lyric FM from Limerick until at least next September.

In a statement to staff on Wednesday, the national broadcaster’s director general Dee Forbes said a decision on the matter was required quickly given the strain the proposed move was having on staff and their families.

“While we were before the Joint Oireachtas Committee [on Tuesday], An Taoiseach made a statement in the Dáil requesting that RTÉ consider deferring the decision on the relocation of RTÉ Lyric FM from Limerick until the commission makes its recommendations next September,” she said referring to the forthcoming body which will consider the future of the public service broadcasting in Ireland.

“Given the persistent public discussion about RTÉ Lyric over the past number of months and the effect that that is having on staff and their families, it is important that we respond to the Government’s request quickly.”

Ms Forbes discussed the issue with the chair of the RTÉ board Moya Doherty on Wednesday and later informed the Department of Communications of the decision.

It follows ongoing debate about the future of RTÉ and management of its finances in an era of significant upheaval in the media sector.

The Lyric FM move had formed part of its overhaul plans but prompted a fierce local opposition.