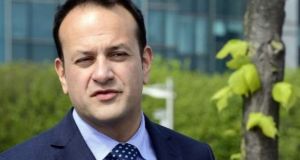 Leo Varadkar: ‘It is my view that . . the €2,000 should be extended to the women who had discordant smear results that may have had a clinical impact. File photograph: Cyril Byrne/The Irish Times

The Government has agreed to make a €2,000 ex gratia payment to over 150 more women affected by the CervicalCheck controversy.

Minister for Health Simon Harris said the HSE will write to the women shortly confirming the payment, which is being made to defray some of the costs they have incurred arising from the controversy.

In 2018, the payments were made to 221 women at the centre of the controversy over CervicalCheck, on the recommendation of Dr Gabriel Scally, who wrote a report into the issue.

Last week, a UK review of smear tests carried out since cervical cancer screening was set up in Ireland in 2008 recategorised the original findings in over 300 cases. In 159 cases, the review found opportunities had been missed to prevent or diagnose cancer earlier.

The affected women were told they are entitled to medical cards and other supports also provided since last year to the 221 group, but the HSE said “this does not include the €2,000 ex gratia payment”.

CervicalCheck campaigners subsequently wrote to the Minister, who on Wednesday told the Oireachtas health committee the payment would in fact be made to the new cases, where discordant results were found last week by the Royal College of Obstetricians and Gynaecologists.

Earlier, Taoiseach Leo Varadkar said he wanted to see the money given to the affected women and had spoken with the Minister for Health Simon Harris.

“The reason why the €2,000 ex-gratia was paid to the 221 group was because Dr Scally requested that this be done so as to cover the costs for women who needed to engage with him.

“This is slightly different because the RCOG women won’t be engaging with Dr Scally. However they will be engaging and have engaged with RCOG. It is my view that taking that into account, the €2,000 should be extended to the women who had discordant smear results that may have had a clinical impact.

In June 2018, Dr Scally, a Northern Irish public health doctor appointed to investigate the controversy, recommended the women affected be given an interim ex-gratia payment of €2,000 each. Women accepting ex-gratia payments for non-disclosure will be free to pursue other legal claims.