Profits in the rough for Graeme McDowell

Despite 43% in pretax profits, the dividend paid by the company doubles 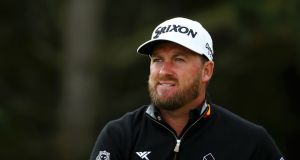 In spite of the drop in profits, McDowell doubled the dividend payout to $2.875 million last year, latest accounts show.

The payout contributed to the company’s accumulated profits declining by $1.2 million to $16.22 million at the end of December.

At the beginning of September, a holiday home on the Bahamas owned by the 2010 US Open winner was flattened by Hurricane Dorian. A note attached to the accounts states that the company’s investment property was affected by the hurricane.

The accounts for Boyport Services show that the book value of the company’s investments last year increased from $6.64 million to $7.9 million.

Mr McDowell, who won the US Open major in 2010, has invested wisely from the golf course, opening two restaurants in Florida where he lives. Mr McDowell also launched his own clothing label, G-Mac Apparel.