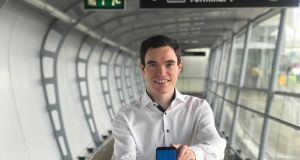 Irish media start-up Noa, which narrates written journalism in audio form, has agreed a new partnership with Dublin Airport that will see users of the airport’s wifi service offered a free three-month subscription to the Noa app.

Passengers will be given access to audio versions of articles from publishers such as The Irish Times, the New York Times, the Financial Times, the Washington Post, the Economist and others through the app. The audio articles can be downloaded for offline listening.

“We believe this partnership with Dublin Airport is an ideal fit for the Noa brand,” said Gareth Hickey, chief executive of the company, which is based in the Technological University Dublin’s Grangegorman campus.

“With over 90,000 passengers per day, we see this as a great way to reach a wide consumer and business audience before they jump on a flight.”

The Telegraph and Harvard Business Review have also joined the app in recent months, with both publications approaching Noa to be included.

“Audio journalism has become a consumer expectation and over the next 12 months we’ll see it become a widely accepted journalism norm,” said Mr Hickey, adding that Noa wanted to create “a community of binge listeners”.

A subscription to Noa, an acronym for News Over Audio, normally costs €29.99 a month, and the majority of subscribers are currently financial services and legal firms signing up on behalf of their staff.