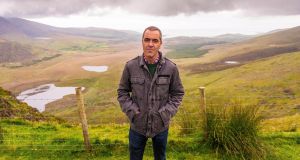 Much of the growth was in current assets, including cash and anything likely to be converted to cash, which grew more than 20 per cent to £4.46 million over the 12-month period.

Born in Ballymena, Co Antrim, raised in Coleraine, Co Derry, Mr Nesbitt has been acting for more than 30 years. He is best known for roles such as Adam Williams in Cold Feet, civil rights activist Ivan Cooper in Bloody Sunday and the dwarf Bofur in director Peter Jackson’s three-part adaptation of JRR Tolkien’s The Hobbit.

Mr Nesbitt started with an apprenticeship in the Riverside Theatre in University of Ulster in Coleraine before going to drama school in London, from where he graduated to film and TV acting.