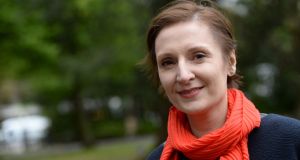 “Every family has their own unique DNA,” says Cobb, Netflix’s vice-president of kids and family since it poached her from animation studio DreamWorks in 2017. “You have families that are really into comedy, or adventure shows, or horror, and it is not necessarily something you can predict based on where they live in the world.”

Los Angeles-based Cobb was in London on Friday at the C21 Kids Content Futures conference, where an audience of producers and broadcasters was keen to hear how they might participate in the next great Netflix spending spree. What kind of pitches does Cobb and her team want to hear?

The answer is pretty much all kinds. Cobb wants to commission “local” series and feature films, “not just in the English language”, for pre-schoolers up to pre-teens, both exclusive originals and co-productions, both live action and animated (2D, stop-motion and CG).

One company that has already won a commission from Netflix is Kilkenny’s Cartoon Saloon. Nora Twomey, Oscar-nominated for The Breadwinner, will direct the 2D animated feature My Father’s Dragon, an adaptation of the 1948 children’s book by American author Ruth Stiles Gannett destined for Netflix in 2021.

Twomey says Cartoon Saloon typically “scrapes together” the finance for its features and “getting them exhibited has been a whole other struggle over the past two decades”. Working with cinema-bypassing Netflix is “a fresh approach for us”, and the time felt right for such a move. “Ultimately I’m a storyteller and I want to get our work to the biggest audience.”

The book was first brought to her attention about seven years ago by Julie Lynn of LA-based Mockingbird Pictures, which is producing alongside Cartoon Saloon and Ireland’s Parallel Films (the latter having previously worked on Netflix commission The Siege of Jadotville).

“I read it and there was something about it that I absolutely loved,” says Twomey, citing the magic in its friendship between young runaway Elmer and Boris the dragon. “We went to Netflix and they really responded.”

A script by Meg LeFauve, Oscar-nominated for her work on Pixar’s Inside Out, has been completed, and the production is in its storyboard phase. “Nora is just a wonderful, brilliant film-maker,” says Cobb. “We are so thrilled to be making that film.”

Netflix’s eye-catching announcement last week was that it is to make animated adaptations of a string of children’s books by Roald Dahl, including Charlie and the Chocolate Factory, Matilda, The BFG and The Twits, in a deal that will see it create “an imaginative story universe” that goes beyond Dahl’s published work.

At a meeting with the Roald Dahl Story Company, “we just felt there was such a great connection”.

Alongside the linear likes of Viacom-owned Nickelodeon/Nick Jr, AT&T’s Cartoon Network and a long tail of public service broadcasters, Netflix competes for young eyeballs with Google-owned YouTube and will soon do so with Disney’s planned new streaming service. Apple has also surprised some by deciding to develop a slate of children’s programming.

But Netflix’s status as the most popular subscription on-demand service with 137 million members worldwide arguably puts it in the strongest position to capture the attention of the youngest of viewers, who Cobb says watch the same shows on repeat just as they tend to do with linear television channels.

As it stands, 60 per cent of the user base consumes Netflix Kids & Family content on a monthly basis. Cobb believes that the generation that has grown up with Netflix’s self-commissioned content - which only began in 2013 - will pass on their affiliation to its brand when they become parents.

One advantage that on-demand has over linear is freedom over episode length, plus the flexibility to do interactive singalong shows and holiday specials, notes Cobb. The structure of Netflix itself, meanwhile, gives it the ability “to move very quickly” on commissioning decisions.

With Netflix outspending every other company on content, this is all potentially good news for the generation of growing, ambitious Irish animation companies that are the enduring legacy of the one-time presence in Dublin of the Sullivan Bluth studio.

Sullivan Bluth, which closed in 1995, helped set up an animation course in Ballyfermot Senior College, which sent art student Twomey on her garlanded career path. Its skilled Irish workforce went on to establish a cluster of animation companies just as the advent of digital was making it cheaper to create content. “It just felt like things were possible,” says Twomey.

She has that same sense now about the Netflix era when she sees the company she is keeping: directors Guillermo del Toro (Pinocchio), Craig McCracken (Kid Cosmic) and Kris Pearn (The Willoughbys) are among those to have signed up to work with the streamer on animation. And they compare notes, she says.

“We are all talking to each other.”