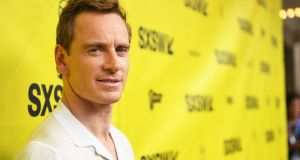 An Antrim-based film production company owned by Hollywood star Michael Fassbender made a profit of almost £190,000 (€225,428) last year, according to newly filed accounts.

DMC Film Limited, the firm behind recent blockbusters Slow West and Assassin’s Creed, also saw its cash pile increase by £194,666 during the year.

Fassbender, who was born in Germany but raised in Kerry from the age of two, co-owns the firm with producer Conor McCaughan, while another producer, Danny Emmerson, is also a director.

Accounts just filed to Companies House in the UK show that profits at DMC Film Ltd jumped by £189,271 during the 12 months to the end of last July, while its cash balance swelled to £206,601.

Revenue during the relevant period would include proceeds from Slow West, an action western released in the UK in June 2015; but would exclude Assassin’s Creed, which grossed more than $240 million worldwide after its release in cinemas earlier this year.

Fassbender (40), who has been nominated for two Oscars, is also the sole shareholder in a second film company, Barrelmaker Productions Limited, which is based in London.

The X-Men actor has become one of the most sought-after talents in Hollywood since making his feature debut in the fantasy war epic, 300, in 2007.

He won a British Independent Film Award for his role as Bobby Sands in Hunger in 2008, and starred in the Oscar-nominated Inglorious Basterds in 2009. He received Oscar nominations for his parts in 12 Years a Slave and Steve Jobs.

Fassbender has also landed roles in two popular Hollywood franchises: as the Marvel Comics villain Magneto in recent X-Men films; and as an android in the Ridley Scott-directed Alien prequels Prometheus and Alien: Covenant.