Marketing is full of busy people. But what are they trying to do? 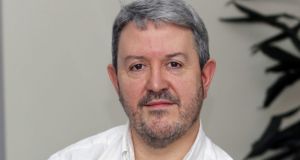 Colin Gordon, former chief executive of Glanbia Consumer Foods and a marketer with decades of experience in Irish business, has a question: “Does marketing really know what it’s about?”

Troubled by what he calls a “disconnection” between what marketing practitioners say they do and what they really do, Gordon was moved to commission research from Behaviour & Attitudes with more than 60 senior “head of function” respondents on the state of Irish marketing today. Its findings worry him.

“Marketing is one of those things that everyone thinks they know what it is, but no one’s able to define it,” he says. “And if you can’t agree on what you are trying to do, then how do you have accountability?”

While executives at media agencies were more likely to pinpoint driving sales as the main objective, practitioners working in-house for companies were less likely to cite the aim to boost sales, the research found. “Which is extraordinary,” says Gordon.

Practitioners were instead more likely to talk about building brand awareness, which includes keeping close track of metrics like net promoter scores, and developing communications plans – often with a heavy emphasis on “chasing” social media.

“They don’t tend to talk about the transactions. It’s almost anathema: don’t talk about the money piece. To me, marketing is about sales. Fundamentally, it is about making selling easier.”

Gordon, who left Glanbia in March 2018 and has since set up Engage Consulting, believes the culture within marketing to be “busy busy busy” is rife, yet practitioners aren’t necessarily focusing on the right things.

A need to be seen to be doing something is triggering the impulse to change media and creative agencies every three to four years on average, he says. Respondents from agencies, for their part, told researchers that clients’ thinking was dominated by short-termism, while rating the briefs they receive from clients at no more than five out of 10.

“It’s actually worse than I thought it was,” says Gordon. He dates a “systemic” problem back to the recession, when a number of major companies moved their marketing departments out of Ireland. “The amount of really thorough marketing expertise in Ireland has declined since then.”

At Glanbia, Gordon oversaw the development of brands such as Avonmore and Kilmeaden, while in a previous role as chief executive of C&C Ireland (now Britvic Ireland) he was in charge of brands such as 7-Up, MiWadi and Ballygowan. Before that, he was marketing director of Showerings, which was then the part of C&C that produced cider brand Bulmers.

The Bulmers “Nothing Added But Time” line and accompanying style of advertising, introduced during his time at Showerings, could still be used today, he thinks. (C&C moved away from it in 2017.) Curiously, consumer research regularly uncovered low levels of enthusiasm about Bulmers’ advertising, and yet sales kept growing.

“People said they didn’t like the ad, but it made them feel comfortable drinking the product,” says Gordon, offering it as an example of how marketing is more art than science.

He’s not saying he “got everything right and perfect” in his career, he adds. One product that missed the mark was Verino, a long-forgotten spritzer launched by Showerings in 1992, while he can think of a few flavour extensions too that ran up against consumers’ tendency to be “actually very traditional”.

Luckily, both Glanbia and C&C were led by “very strong marketing believers”, he says. But the boards of large companies typically don’t include marketing experts, an absence that contributes to the weary rule of thumb that in the event of a slump, it is marketing resources that are first in line for the chop.

As a result, if there is a downturn in the Irish economy, triggered by Brexit or any other forces, he would expect to see budgets and team sizes contract and short-term pressures rise. “It would be a very negative situation,” Gordon says. “I would have thought where we are now is tight enough.”

It is important that more marketing practitioners “talk about these issues”, he concludes. After all, a marketing manager at a medium to large company could have responsibility for a budget of €100 million over the course of a 25-year career.

If that money was going into building depots or call centres, there would be agreed metrics for success. “The same rigour doesn’t apply to marketing.”