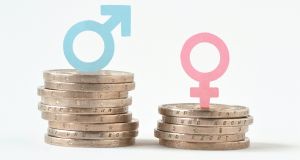 Male marketing, data and digital professionals are paid more than women in comparable roles, according to Alternatives and the Marketing Institute of Ireland. Photograph: iStock.

Male directors in marketing, digital and data roles are paid an average of €17,500 more than their female counterparts, according to an annual salary survey by recruitment specialists Alternatives and the Marketing Institute of Ireland.

Men are more likely than women in comparable roles to accrue workplace benefits – such as cars and car allowances, bonuses, healthcare and share options – while they also report greater rates of access to flexible hours, the survey said.

“Despite public commitments by companies, the 2019 survey finds that male respondents are paid more on average for the same roles than their female counterparts at almost all levels from practitioner level upwards,” said Sandra Lawler, the survey author and founder director of Alternatives.

Overall, marketing is a well-remunerated profession, the study concluded. At the top, the average marketing director salary is €141,000, while a head of online position will be paid an average of €109,000 and a head of marketing role €95,000.

Two-thirds of the 1,015 respondents to the survey received a salary increase last year, Alternatives said. This was particularly in evidence at early to mid-career level, where demand for marketing and digital talents is being driven by well-funded technology giants.