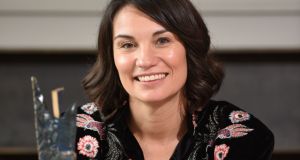 Emma Kiernan of Dublin Zoo has been named Marketer of the Year at a ceremony in Dublin on Wednesday.

Ms Kiernan, who has been marketing manager at Dublin Zoo since 2011, won the award for creating its Wild Lights winter event and boosting annual visitor numbers at the zoo to a record 1.2 million.

The judges of the award, Marketing.ie, said Ms Kiernan had devised and implemented a marketing strategy that had transformed the fortunes of the not-for-profit zoo by “creating a world class centre of learning about wildlife and conservation, and immersing visitors in an unforgettable experience”.

The award, sponsored by marketing recruitment specialists Alternatives, is in its 27th year.

Marketing.ie editor Michael Cullen said the high standard of entries in 2019 boded well for the Irish economy as marketing plays “an even more vital role” in its development post-Brexit.

Ms Kiernan had a minimal marketing budget for her bid to raise Dublin Zoo’s status with the public. She opted to cancel its limited advertising spend and focus instead on PR initiatives, including RTÉ’s popular television series The Zoo, now in its eighth year.

Wild Lights, which began in 2017, was devised as a way to increase visitors to the zoo in the off-peak season. The zoo’s first night-time event generated coverage on the front page of The Irish Times and the Irish Independent, as well as on the main RTÉ news bulletins.

“It’s a great honour to be awarded this accolade and be recognised by my peers in the marketing community,” said Ms Kiernan, adding that she and her colleagues at Dublin Zoo were “lucky to see the results of our work every day”.