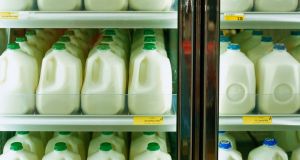 Exports to Arab countries could more than double to almost €12 billion over the next 15 years, a new report says.

The Republic sells goods and services worth €5.18 billion a-year to the 13 Arab nations across the Middle East and north Africa.

A new report from the Arab Irish Chamber of Commerce calculates that this figure could approach €12 billion over the next 15 years.

One of the report’s authors, John Lawlor of economic consultants DKM, now owned by accountants EY, said that, assuming the Republic simply maintained its share of business in Arab countries, exports should grow to €11.7 billion.

Mr Lawlor argued that Irish exporters’ share of those markets was small relative to their share of world markets. “So we are in a sense underperforming in our exports to the region,” he said, adding that as a result it offered huge potential.

The report, The Arab World – Long-term Economic Prospects & Opportunities for Ireland, highlights that Irish businesses have grown exports of dairy products by 37 per cent to €140 million and medical and pharmaceuticals by 73 per cent to €334 million since 2013, when the chamber published similar research.

Launching the report, Pat Breen, Minister of State for Trade, highlighted “huge opportunities” in countries such as Saudi Arabia, which accounts for 30 per cent of the market.

Asked about Saudi Arabia’s leadership of a coalition of states in a war against Houthi rebels in Yemen, and the assassination of journalist Jamal Khashoggi last year at the Saudi consulate in Istanbul, the Minister stressed that the Government constantly raised issues such as these.

“But obviously trade is really important if you want to grow bilateral links between two countries,” he said. “We would be very much concerned about human rights issues in countries. It’s very much to the forefront of our agenda.”