Circulation of the agricultural newspaper has unexpectedly swollen since the crisis 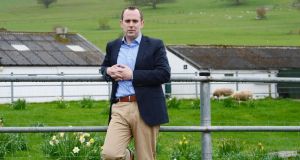 When the coronavirus crisis erupted, Justin McCarthy expected sales of the Irish Farmers Journal would dip as much as 20 per cent. Instead, they started to climb at double-digit rates, with the year-on-year increase in paid circulation accelerating to 17 per cent in June.

McCarthy, who was appointed editor of the weekly stalwart of the Irish media in 2013 and also became its chief executive in 2014, says that despite shop closures, readers have been actively seeking out the title, taking its paid circulation back up to 64,000.

“It is incredibly humbling,” he says.

McCarthy is optimistic that the newspaper’s status as a habitual purchase, combined with the fact that it has maintained its page count and focused on “real actionable content”, will keep it in good stead, even if this unprecedented growth cannot be sustained. That 35 per cent of its readership is under 35 helps, too.

The Irish Farmers Journal, which last week produced its 18th remote edition, was “lucky” to have been inspired to prepare for loss of access to its premises by 2018’s Beast from the East. Because the weather event hit on a Tuesday night, it disrupted the run-up to its Wednesday evening printing deadline – the paper is printed by The Irish Times at Citywest.

“A lot of people couldn’t get into the office and that made us think that we should have a disaster recovery plan,” says McCarthy. “Some businesses let the crisis manage them and some businesses roll up their sleeves and manage the crisis.”

He believes its active response to the pandemic is the product of its ownership status – the Irish Farmers Journal is the flagship publication of The Agricultural Trust.

“We view our readers and Irish farmers as our shareholders, which keeps you very focused on delivering for them. When the pandemic hit, we wanted to keep our community connected. We wanted to be the glue that kept rural Ireland together during this challenging time.”

New content included Farm Tech Talk, which is a weekly video broadcast giving out specialist advice, while the crisis also prompted the rapid development of an online marts bidding app.

“It allows farmers to sit at home in their kitchen and bid interactively on cattle as they go through the ring,” says McCarthy.

The publisher tried to develop a similar platform five years ago, “but the market wasn’t ready for it”, he adds. Now, even though many farmers have physically returned to the marts, 30 to 40 per cent of cattle are still being bought online

The Irish Farmers Journal’s latest initiative, aimed at its time-pressed audience, is a daily digital edition: eight to 10 stories designed to take no more than 10 to 14 minutes to read. As with its other digital content, it is “very much behind a paywall”, although print buyers are able to access it for no extra cost via a loyalty code they find in the physical edition.

Overall, the publisher employs 85 to 90 people across its titles, all of which are “in the black”, with Irish Country Magazine’s circulation up 20 per cent year on year at 20,000.

Advertising has been tougher, but again not what he would have anticipated at the outset. “We would have thought for the Covid period, we would have seen 25 to 30 per cent declines. Instead, we have seen a softening of 8 to 10 per cent for the Journal.”

This was mostly a result of businesses such as hotels closing their doors. “Our core agricultural advertising would have remained robust, and now we are seeing the hotels coming back on stream. Overall, if you lock out the Covid period, our advertising has been holding up year on year, but like everyone we are having to work harder to get that.”

The hard work has included setting up Traction Marketing, a creative agency helping clients with video production, visual design and digital content. It means that sales teams at the Irish Farmers Journal and at the Irish Field, another Trust title, can offer “more than either a strip ad or a half-page ad”.

The Trust’s profits are reinvested back into agriculture, with some €700,000 having gone into the set-up and operation of a Tullamore beef and sheep farm run by the Irish Farmers Journal team.

1 ‘Saudi Arabia is where the opportunities will happen in future’
2 MSD buys Takeda biologics plant in Dunboyne
3 Data centres will force State to choose between climate and investment
4 Nine Goodman companies made largely untaxed profit of €170m
5 Trump’s TikTok move may have far-reaching consequences
6 State’s biggest landlord records 30% rise in rental income
7 How the zombie apocalypse can help prepare us for real crises
8 What will the office market look like after the great remote working experiment?
9 The architectural revival transforming Cork’s landscape
10 Project Eagle: What was it and why is it in the news?
Real news has value SUBSCRIBE