BBC and Guardian are to cut hundreds of jobs 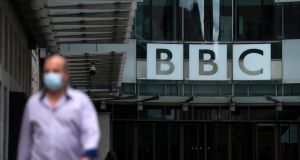 The BBC is to cut hundreds of jobs. Photograph: Will Oliver/EPA

The BBC and Guardian are to cut hundreds of jobs in a sign that the coronavirus pandemic is hurting UK media organisations.

The BBC said 520 jobs would be lost in its news division, 70 more than originally announced in January as part of plans to “modernise its newsroom”. The Andrew Neil Show will be removed from the schedule as part of the cuts.

BBC News will employ fewer reporters, while those who remain will focus more on original journalism and cross-platform output, the corporation said in a statement. Business coverage will be reduced and folded more often into regular programming.

The cuts are part of a newsroom restructuring plan originally intended to ensure the publicly funded broadcaster saved £80 million (€88 million) by 2022. In April, the BBC reported that it needed to save £125 million this year as a result of the pandemic.

Ms Viner and Ms Thomas said they remain committed to keeping the Guardian outside a full digital paywall, instead concentrating on growing audiences and boosting membership revenue. – Bloomberg/Reuters