Irish digital publishers go native to get the ad revenue 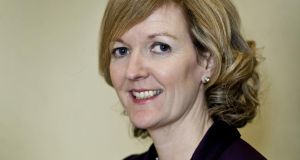 Native advertising, or ads that mimic the appearance of website or app content, has been identified as a potential revenue saviour for Irish digital publishers – especially those that are 100 per cent reliant on advertising for income.

Now the Interactive Advertising Bureau (IAB) PwC annual report on digital advertising in Ireland has put a value on native. Spending on native ads came to €45 million in 2015, with some €27 million of this spent on mobile and €18 million on desktop. To put this in context, the entire digital advertising market is worth €340 million, according to the IAB PwC estimates, so native is 13 per cent of the total.

“This is the first time we have a full-year figure for native, so we’ll be able to track its growth this year,” says Suzanne McElligott, chief executive of IAB Ireland.

In the UK, where the market is more advanced, native revenues swelled 50 per cent in 2015. “It’s a format that is growing globally.”

To put the rise of native in the Irish media context, digital video, or the pre-, mid- and post-roll ads on video-on-demand, is a smaller component of the market, according to the IAB PwC figures, with spending of €24.5 million last year, while “banner” ads and other traditional online display formats are coming in at just €18.5 million.

So what’s included in the €45 million that’s gone native? One variety is publisher-controlled “in feed” ads, where the publisher writes the advertising in a “collaboration” with the advertiser. The ads in this case may be referred to as “brand stories” or “sponsored content”.

A cousin of this type is the advertiser-controlled “in feed” ad, where the content is entirely produced by the advertiser. In both cases, the ad is made to look like the surrounding editorial content, often in the middle of a feed of stories on an app.

But another chunk of the market relates to “discovery/ recommendation units” found on publishers’ web pages, or the articles served up automatically by the likes of Outbrain and Taboola.

These have labels such as “more from around the web” (or “lesser news from the web” as TheOnion.com phrases it). Unlike other forms of native advertising, these paid-for links don’t resemble the publishers’ own content and the revenue is split between the third-party recommendation platform and the publisher. The IAB PwC report doesn’t break out how much of the market international players like Outbrain and Taboola have captured.

Local digital start-ups such as Journal Media and Maximum Media were early adopters of native advertising, and the phenomenon is now part of the business model at The Irish Times and Independent News & Media (INM).

INM recently credited its new native advertising activity as a component of its 42 per cent growth in digital advertising revenue in 2015 (to a total of €12.5 million). INM has said it is interested in acquiring digital media companies with trading behind them – those that are strong on native will likely be top of the list.

Native is now such a feature of online advertising that a “native council” at IAB Ireland last year developed best-practice guidelines and a set of “disclosure principles” for publishers to follow to make clear to consumers that the content is paid-for or “sponsored”. IAB has also begun a series of “native breakfasts”, or briefings from clients who have run native advertising campaigns.

The IAB’s report confirmed the continued dominance of Google in the digital advertising market, with only Facebook coming anywhere close. Paid search revenues of €176 million in 2015 can be read as a proxy for Google’s share of the market, says Wolfgang Digital chief executive Alan Coleman. This implies that the tech giant is earning 52 cents in every €1 spent on digital advertising in Ireland.

“The internet giants are truly winning the battle for online spend with two-thirds of digital spend being divvied up by the big kahunas,” says Coleman.

He sees pressure on what is typically thought of as display advertising from all sources, not just native.

“Display has had questions asked over performance and is the principle target of adblocking software,” he notes.

Beware of the rush to get back to normal business amid Covid-19 03:15
Satirical column and photograph of child among complaints to Press Ombudsman 01:00
Pandemic Unemployment Payment: Your questions answered 00:31
Cairn Homes seeks permission for 611 apartments on RTÉ site 21:06
Cityjet pilots fear Scandinavian crew will replace them 20:50
Search executive
jobs on irishtimes.com