Australian government wants Big Tech to pay for news, and battle lines have been drawn 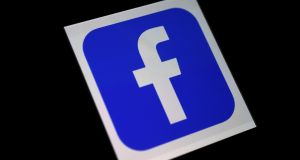 The proposed regulation seeks to redress what it terms a “fundamental imbalance” in bargaining power between Google, Facebook and traditional media companies. Photograph: AFP via Getty

In recent weeks Australians making online searches through Google have encountered something less cheerful than one of the tech group’s “doodles” – being greeted as well by bright yellow pop-ups warning them that proposed government regulation threatens the way they use the internet in the country.

Those notifications were the opening shots of what is shaping up to be a long-running battle between Australia and Big Tech, following a proposal which aims to force the two biggest US digital platforms to pay for news content. The clash hardened on Tuesday as Facebook joined Google in an increasingly frenetic lobbying campaign against Canberra’s approach.

“Assuming this draft code becomes law, we will reluctantly stop allowing publishers and people in Australia from sharing local and international news on Facebook and Instagram, ” said Will Easton, Facebook’s managing director for Australia and New Zealand. “This is not our first choice – it is our last.”

Google has not ruled out the nuclear option of closing down its search engine in Australia in response to the code, which it claims would damage its business and core search service, as well as harming the Australian economy.

The proposed regulation seeks to redress what it terms a “fundamental imbalance” in bargaining power between Google, Facebook and traditional media companies.

It would establish a binding arbitration system for payments, anti-discrimination clauses to protect publishers and require platforms to notify publishers in advance about algorithm changes, which affect search engine rankings or data collection.

Under the draft code, news providers must first try to negotiate payment with Google and Facebook. If they are not successful within three months they can request compulsory arbitration to determine the level of remuneration. It will initially only apply to Facebook and Google, but it could be extended to cover additional digital platforms such as Apple News.

Breaches of the code, which could come into law before the end of the year, are liable to punitive fines worth up to 10 per cent of Australian turnover. Once intended as a voluntary measure, slow progress in negotiations with Google and Facebook and the devastating impact of Covid-19 on local media prompted Canberra to make it mandatory.

Rod Sims, chairman of the Australian Competition and Consumer Commission which drafted the code, told the Financial Times the measures are necessary because news providers say it is impossible to negotiate fair commercial deals with monopolies such as Google and Facebook.

“That constitutes a market failure, which in this case, really has a very negative effect on journalism. And we judge that’s really important,” he said.

The fight between the tech titans and Canberra will have important implications for Google and Facebook’s Australian businesses, which together generated more than A$5 billion (about €3 billion) in gross revenues last year, and in particular Rupert Murdoch’s News Corp, which dominates the national market accounting for more than half of daily newspaper sales.

But it also poses a threat to digital platforms’ global businesses, as regulators in other jurisdictions consider similar measures.

“The costs associated with this Australian regulation would likely only have a minor impact on the profitability of these tech giants,” said Jason Aravanis, an analyst at the research firm IBISWorld. “However, the true consequence of this regulation lies in the precedent it could set at a time when the power of technology corporations is coming under greater scrutiny in the US and the EU.”

For more than a decade, publishers in Europe and the US have tried to find a way to make tech platforms – and Google in particular – systematically pay for the use of news, with little success.

US publishers have called on Congress to pass legislation. In Europe the battle started with antitrust complaints filed against Google in 2009, which was accused of abusing its dominance and “scraping” news content without payment. But these languished in Brussels.

Later attempts by Germany and Spain to enforce a copyright levy were sidestepped by the tech group, which shut down its Google News service in Spain to avoid any financial liability.

After heavy lobbying by big news organisations, the EU passed its copyright directive in 2019, which established the right for publishers to seek payments for the use of news “snippets”. But in France, the first member state to implement the law, Google refused to strike licensing deals, saying it would limit search results to headlines so no payments were necessary.

Australia’s approach is being closely watched by European publishers as pioneering a method that combines hard-to-circumvent legislation with tough enforcement by competition authorities.

“I must say in 10 years of fighting Google, in seeking a fair share of value, [the Australian proposal] is the best I have seen so far,” said Thomas Höppner, a partner at law firm Hausfeld, who filed the original antitrust complaint for publishers against Google in 2009. “It’s brilliant. They’ve learned the lessons from Europe. And it will have precedent character [for the rest of the world].”

One executive at a big European publisher said the Australian plan had the platforms “cornered”, saying it showed copyright law had to be combined with strong regulatory action to deliver results. “If the approach sticks, there may be a queue of countries ... looking to follow suit.”

Over the past year both Google and Facebook have started paying publishers for news, starting with the US. But these one-to-one deals are in specific jurisdictions and outside of any systematic copyright framework.

Google has been forced by a court to the negotiating table with French publishers. But news executives fear the internet giant will again try to “divide and rule” by reaching individual financial deals with publishers.

In response to the draft Australian law, Google suspended a pilot licensing programme it had only recently agreed with several smaller publishers. Similar pilot schemes in Brazil and Germany are continuing.

“It is clear to us the draft code in its current form fundamentally misunderstands the way the internet or at least search engines work,” Lucinda Longcroft, Google Australia’s head of government and policy, told the FT. “This code as it stands is so deeply unfair and so unworkable that all options are on the table.”

Ms Longcroft accused Canberra of pandering to large news conglomerates, such as News Corp, whose titles are supportive of Australia’s conservative government.

She added that Washington also holds concerns about the code. “We understand that the US government is concerned about the way in which this initiative, the draft code is framed – targeted seemingly in a discriminatory way against two companies which are American,” she said.

The office for the US Trade Representative did not respond to a request for comment.

Google and Facebook allege several specific aspects of the code are unfair, including a requirement to give news providers 28 days notice before making algorithm changes, the punitive financial penalties and its binding arbitration system that they claim are rigged against the platforms.

There is a huge variation in the value placed on news content by both sides. Google estimates the value of news to its platform at A$10 million a year while Australia’s two largest publishers, Nine Entertainment and News Corp, have suggested A$600 million and up to A$1 billion respectively.

With the government due to finalise legislation aimed at enacting the code within weeks, lobbying has stepped up a gear with both digital platforms seeking to influence MPs and the public.

But the outcome is far from clear. “When you see Google pressuring politicians and making threats to leave the market it tells you we must be doing something right to protect consumers and local news outlets,” said Tony Sheldon, a Labor senator.

In response to Facebook’s threat to withdraw news from its platform, Josh Frydenberg, Australia’s treasurer, said: “We don’t respond to coercion or heavy-handed threats wherever they come from.”

The stakes are high on both sides. If Google and Facebook withdrew local services it would inevitably lead to a drop in traffic to Australian news websites and affect other businesses.

But blocking access to news on their platforms in the country would be complex and fraught with legal risk for the US groups, given that the proposed legislation includes an uncertain definition of “news” content. Google says it would need to do a mass cull of content globally to stop it being visible to Australians, which would include removing all foreign newspapers, bloggers, YouTube citizen reporters, sports reporting, discussions of global health issues and even tweets about current events.

The digital platforms could seek to mount constitutional challenges to the code on the basis that it targets specific companies, according to legal experts.

But Mr Sims, who accused Google of hypocrisy by pitching their public campaign as a fight for users and against the big media conglomerates, said the authorities were “not bluffing”.

“If you add up the worldwide market cap of all the media companies in Australia, I reckon it would be lucky to be 2 per cent of Google [global revenues]. For them to slant this as Google versus big business – that is very, very interesting,” he said. – Copyright The Financial Times Limited 2020