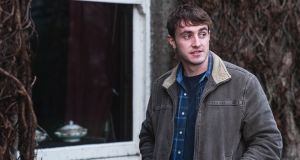 The drama, about a student who falls in love with her married lecturer, is part of Virgin Media television’s new season of programming.

Meanwhile, Ciara O’Doherty will take over from Ivan Yates on the channel’s Tonight show alongside Matt Cooper. Former Irish rugby player Tommy Bowe will join the Ireland AM team.

A documentary on the former Republic of Ireland manager Jack Charlton is also part of the new season. Finding Jack Charlton was filmed during the last 18 months of Charlton’s life as he struggled with dementia, with contributions from his wife Pat and son John.

Other highlights of the channel’s new season include Big Year in Big School, a documentary on a class of four and five year olds as they enter their first year of school, as well as an interview with CervicalCheck campaigner Vicky Phelan, which airs this Monday at 9pm.

Following the success of The Guards: Inside The K, a new fly-on-the-wall series Inside Ireland’s Women’s Prison will feature the stories of prisoners in the Dóchas Centre.

Virgin Media news reporter Zara King will explore the impact of coronavirus on life in Ireland in a new documentary Life Under Lockdown: Covid-19 in Ireland.

The channel will also air the conclusion of this season’s Guinness Six Nations tournament, including Ireland’s games against Italy and France on October 24th and October 31st.

Virgin Media Television’s director of content, Bill Malone, said the station was committed to putting “Irish drama on the map internationally” with The Deceived being “one of the centrepieces of our new season launch”.

“It will air on Virgin Media One from Monday, September 7th, with the full series available on Virgin Media On Demand. Also, a brand new drama set in Dublin, co-commissioned with ITV, has just been given the green light and will air next year,” he said.

“This viewer-focused strategy will also see us revamp the Virgin Media Player and launch a new series of podcasts covering sport, business, TV and parenting over the coming weeks.”