Do media embargoes have a place in the new digital world?

In this era of 24-hour news, press releases with time restrictions are a throwback to the old days of journalism 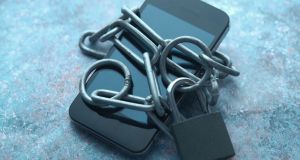 Before digital media – in the last century – embargoes with a midnight date stamp were common.

In my Twitter feed on Saturday night, where a most entertaining spat over mask-wearing and bonkers Covid conspiracy theories was playing out between Jedward and Jim Corr – the twins were hilarious and rational, Corr not so much – a lively discussion was building on the back of the #golfgate scandal about media embargoes.

To the puzzlement of the Irish journalists on the social media platform, given the subject matter, the Government press office had issued a statement with a one minute past midnight embargo. The two-sentence press release stated “the Taoiseach, the Tánaiste and Minister Eamon Ryan have agreed that the Dáil should be recalled following the opening of schools”. As confusing as the contents were (does everyone/anyone know when all schools are reopening?) the information was, by any measure, “breaking news”.

Recalling the Dáil when it is in recess is a rare and major step, sending out all sorts of signals – it’s not surprising that one journalist upon reading the release got such a jolt she accidently tweeted the news before realising the embargo and hastily deleting it.

A young journalist entered the conversation asking if someone more experienced might explain the point of the minute-past-midnight embargo. It’s such a throwback from the print-only era it’s little wonder the digital native was mystified. Someone else, perhaps used only to hearing the word in relation to trade, was entirely mystified and asked what an embargo was.

Before digital media – in the last century – embargoes with this midnight date stamp were common. A press release could be issued at any time but its contents would not appear until the following day’s paper. So if this was still the olden days, the public would not know the news about the recall of the Dáil until newspapers hit the streets the following day or the first radio news bulletins were broadcast. As it was, in this era of the 24-hour digital-first newsroom, at one minute past midnight The Irish Times published a detailed news report online about the recall.

Twitter chat included accusations that the Government was attempting to manage the media – and although being generally more a believer in cack-handed than conspiracy, in this case I doubt it.

“This embargo thing is utter nonsense,” tweeted Tom Lyons, co-founder of The Currency, the online current affairs, commentary and analysis publisher, neatly summing up the general mood among journalists.

Later, he said: “I don’t have a problem per se with the concept of an embargo but it needs to be used cautiously and only if merited.” He gives the example of “a company issuing its annual results under a short embargo so reporters can read them properly and have time to formulate questions prior to the press briefing”. In the political sphere it can be helpful “if political journalists are given say a 100-page report on a complex issue, to read an hour early under embargo before they are given the opportunity to grill the authors of the report or the Minister in public”. Such an embargo, he says, leads to better questions and more accurate reporting.

Why Saturday’s Government press office embargo hit a nerve was that it concerned an issue of national importance. By not ensuring all citizens learned the news at the same time, the Government, says Lyons, was reinforcing “a perception of insiders and outsiders” – one of the reasons for the current #golfgate crisis.

Social media hasn’t, as has long been predicted, made embargoes redundant. They are still widely used – and hold firm – in several sectors; the tech industry for example where at its most basic, reviewers get new phones before the glitzy launch on the understanding no review will appear before release date. The same applies in the entertainment industry, notably film and TV – emails from Netflix’s PR about upcoming releases routinely carry an embargo as it co-ordinates publicity across countries and media outlets. The names of award winners typically hit newsdesks long before the awards ceremony even begins.

On Wednesday, RTÉ is holding a virtual launch of its autumn schedule – in pre-Covid days there’d be a shindig in Montrose – with journalists instead invited to “round table” interviews with the stars via Zoom, under a strict 6am Thursday embargo.

Caroline Kennedy, founder of Kennedy PR and Brand, says that rarely, if ever, are embargoes used anymore in the world of consumer PR. “It doesn’t make sense – not least because there are too many news outlets and global digital platforms that can break a story in seconds, not even minutes.”

The word she suggests has become loaded. “If I was a journalist, and I saw an embargo on top of a communication, I would wonder who has been given the story already and is it an attempt to big-up something that is just not that big.”