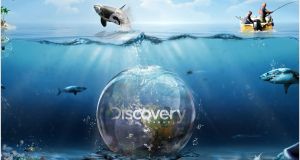 “The likes of Discovery, Turner, they are all potential movers,” said Martin Shanahan, IDA head of the Industrial Development Authority.

First it was banks; now Ireland is targeting TV channels based in the UK who may need to relocate to an EU country after Brexit in order to continue broadcasting across the bloc.

The Industrial Development Authority (IDA) has launched a charm offensive in London with the aim of persuading TV channels to follow Bank of America and Barclays to locate their EU-regulated HQ in Dublin.

“The likes of Discovery, Turner, they are all potential movers,” said Martin Shanahan, IDA head of the Industrial Development Authority.

Under cross-frontier broadcasting licensing laws, broadcasters need just one “country of origin” licence in one EU state to be able to broadcast throughout the bloc.

The broadcasting business is, like banking, centred in London with as many as 1,400 channels licensed in the capital, 750 of them broadcasting to another EU country ranging from Al Jazeera to Disney and Viacom channels.

And just as banks have had to relocate some of their operations to Frankfurt. Amsterdam, Dublin and Paris, in order to retain their “passport” to operate across the EU, broadcasters are now being forced to look at relocating in the absence of any Brexit deal to recognise the UK’s licensing system.

The broadcasting Brexit shock has barely made the headlines but with an investment value of £1 billion a year it is yet another highly valuable industry which looks set to lose out.

“The UK is Europe’s number one broadcasting hub for good reason and no one wants to restructure their business. But if a UK broadcasting licence is no longer recognised by the EU, international channels will have no choice [ but to move],” said Adam Minns, head of the Commercial Broadcasters Association.

“We are going to be starting conversations with some of these organisations in the near future,” said Mr Shanahan on a visit to London.

As in banking broadcasters have to have a substantial presence in the country of their EU regulation. This means their main editorial functions such as commissioning editors and schedulers will have to move to another location.

“Some companies are saying if those staff go, then they may as well move the entire operation,” said one TV insider.

Ireland is facing stiff competition for the Brexit spoils. It is understood Belgian authorities have also had events in London for the broadcasting industry, and Luxembourg has been sending letters out to TV bosses arguing it is a natural home for TV as the operator of the Astra satellite system which distributes all the main UK channels including Sky and the BBC.

The Netherlands, where Netflix is based, is also considered to be in pole position.

Ireland has already lured 21 financial services to Dublin because of Brexit, including Bank of America, JP Morgan, Barclay and the credit agency Standard & Poor’s.

Late last year the Ofcom chief executive, Sharon White, warned “some are having to consider the disruption of relocation” warning that broadcasters may move staff “early” this year.

It recently secured a deal with Wasdell, a British pharmaceutical company to set up in Dundalk with the promise of 300 jobs over five years in a €30 million investment.

The privately owned British company manufactures drugs on behalf of companies licensed by the US and European medicines authorities but needs a licence in an EU member state to continue to sell across the bloc after Brexit.

The IDA has also secured a deal with Almac, a Northern Ireland pharmaceutical firm, to set up operations in Drogheda in order to have a presence in the EU.