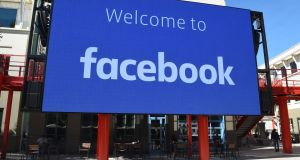 A former Facebook content moderator has lodged a High Court action seeking damages against Facebook Ireland and outsourcing company CPL Solutions, alleging he has suffered “serious psychological injuries” as a result of being exposed to explicit content in the course of his work, the Business Post reports.

Sean Burke says he was required to “repeatedly view extremely violent, graphic and upsetting material, some of which involved children” as part of his work. The action follows a decision last September by the Personal Injuries Board to give a group of former moderators the go-ahead to serve proceedings against Facebook.

Quanta Capital, the fund backed by Californian investment giant Oaktree, has acquired the Kippure Estate in Wicklow, the Business Post reports. The 300-acre property was sold for an undisclosed sum by the Kyne family, who have been its owners since the 1980s.

A plan for the future use of the venue is now being made and may result in the estate being converted into a Center Parcs-style resort, according to the newspaper. The estate currently comprises Kippure Lodge and 24 self-catering houses on woods and parkland.

Integer, a US medical device development and outsource manufacturer, has applied for planning permission to develop a new medical devices manufacturing and research and development facility in Brockagh, Co Galway, reports the Sunday Independent, citing industry sources that say the IDA Ireland-supported move could involve investment of up to €100 million.

The company, which employs around 360 people in Galway, hopes to build the facility at the IDA’s Galway Business and Technology Park, Parkmore East.

PrepayPower investors are set to share €16 million after an internal restructuring of the pay-as-you-go utility company, according to the Sunday Times.

The Department of Transport is reviewing the viability and sustainability of the Shannon Group, the operator of Shannon Airport, amid growing fears over the impact of Covid-19 on its businesses, according to the Business Post.

Minister for Transport Eamon Ryan has ordered the review, he confirmed in response to a parliamentary question tabled by Violet-Anne Wynne, the Sinn Féin TD for Clare. The group was set up in 2014 as a commercial semi-state.

Hardware and DIY stores across the country will run out of Irish wood if the crisis in the Irish forestry sector is not resolved soon, the Sunday Independent reports.

A domestic wood shortage could have serious knock-on impacts for the construction sector, according to the Hardware Association Ireland (HAI), the main trade representative body, which includes Homevalue and Woodie’s owner Grafton.

The company has entered talks with An Bord Pleanála about the prospect of building 1,189 build-to-rent units, a creche and associated works at a site in Priorsland in Dublin 18. The development will further extend Dublin’s build-to-rent market.