Microsoft to press on with TikTok deal after call with Trump

Purchase of Chinese video app may include operations in Australia, New Zealand, Canada 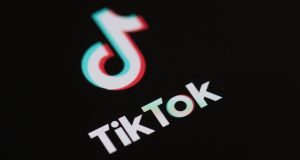 Microsoft will press ahead with talks to buy TikTok’s US operations from the video app’s Chinese owner ByteDance despite US president Donald Trump’s reservations. This follows a telephone conversation between chief executive Satya Nadella and Mr Trump.

The US technology group also revealed that the potential transaction would include TikTok’s business in Canada and its Australia and New Zealand operations, amid growing scrutiny of the app globally including by Australian officials.

Zhang Yiming, founder of ByteDance, confirmed it was in “preliminary discussions” with a tech company, in an internal letter to staff on Monday, but did not identify the suitor and said the “end solution” was unclear.

Mr Zhang also confirmed that the committee on foreign investment in the United States (Cfius), the US treasury-led body that would have to approve a deal, had ordered ByteDance to sell TikTok’s US operations.

Microsoft said in a statement on Sunday that it was “committed to acquiring TikTok subject to a complete security review”. It added it “fully appreciates the importance of addressing” Mr Trump’s concerns.

The president said on Friday that he intended to ban the app on national security grounds and that a purchase by any US company, including Microsoft, would not be allowed.

The Trump administration has repeatedly raised concerns that Chinese ownership of TikTok could put the personal information of 100 million American users into the hands of the Chinese government.

The statement, the first by Microsoft since it emerged the company has been in discussions with ByteDance, indicated that Mr Trump may hold off banning the app while the talks continue.

Microsoft added it would “move quickly to pursue discussions” with a view to completing them by September 15th at the latest.

It said it would ensure that “all private data of TikTok’s American users is transferred to and remains in the United States”, and would make sure the data is deleted from servers outside the country after being transferred.

Microsoft said it had already notified Cfius of its interest in buying the TikTok service. American investors may be able to take minority stakes as part of the deal, it said.

It was unclear how exactly TikTok would divest its US arm from its other European and Asian operations, or why Canada, Australia and New Zealand were part of the proposed deal.

A Microsoft-TikTok tie-up would allow the US tech company, which has a limited presence on social media, to enter a new market dominated by rivals such as Facebook, Google’s YouTube and Twitter.

The two sides have been discussing a transaction over the past few weeks, according to multiple people involved, with Microsoft president Brad Smith visiting officials in Washington to see if a takeover would assuage the US government’s concerns.

But the talks were thrown into uncertainty on Friday after Mr Trump vowed to ban the app, saying: “We are not an M&A country.”

Some, including ByteDance executives, have said they believe Mr Trump’s intervention was a negotiating tactic intended to compel the Chinese group to sell the US business to Microsoft at a lower price than it had been hoping for.

Meanwhile, several Republican senators have come out publicly in favour of an acquisition, including Marco Rubio, the Republican chairman of the Senate intelligence committee and a known China hawk. Mr Rubio said on Twitter on Sunday that if the company and its data were bought and “secured by a trusted US company”, that would be a “positive [and] acceptable outcome”.

ByteDance did not comment on the Microsoft deal but took a swipe at Facebook, accusing the company of “plagiarism and smears” against it. In a statement posted on Sunday night on its news aggregator app Jinri Toutiao, ByteDance said it would “not stop increasing our investment into all our global markets”.

TikTok, the White House and the US Treasury did not respond to requests for comment. – Copyright The Financial Times Limited 2020