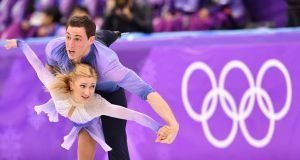 Inside a hulking five-story building at the Winter Olympics in Pyeongchang, South Korea, TV production crews are working with video in 21 languages. It’s all part of a plan by their US employer, Discovery Communications, to become the top sports media brand in Europe.

For the first time in Olympics history, a single broadcaster has the rights to air the Games in almost 50 European countries, including exclusive online streaming, in a diverse region where rights to major sports events are usually split up by country.

“This may be bigger than anything that has been undertaken in many ways, just given the complexity of the markets and breadth of the markets,” said Discovery’s head of nternational, JB Perrette. “This is a big moment for the company.”

Discovery, best known at home for its cable networks such as TLC and Animal Planet, is already an established sports broadcaster in Europe through its subsidiary Eurosport.

Discovery took full control of Eurosport in 2015, and in the same year spent €1.3 billion to buy pan-European rights to four Olympics: the Pyeongchang 2018 and Beijing 2022 winter Games and the Tokyo 2020 and Paris 2024 summer Games.

Having negotiated the rights, Discovery must now negotiate the much more delicate task of broadcasting to dozens of markets, respecting the national sensibilities of each one.

It is also about subtle cultural differences, as broadcaster NBC, holder of the US rights to the Olympics, discovered during its commentary of the Pyeongchang opening ceremony. NBC apologised to the Games organising committee after one of its on-air analysts, Joshua Cooper Ramo, made a comment comparing Japan and South Korea which angered South Koreans around the world.

“A challenge for Eurosport could be that if some of the vernacular and sports terms are not accurate they could risk a loss of viewers,” said Adam Armbruster, a US television consultant at Eckstein, Summers, Armbruster & Company.

Eurosport has experience covering winter sports and has hired 150 experts, many of them former athletes in disciplines such as ski jumping and luge, to cater for local audiences stretching from Germany to Azerbaijan.

An average of 186 million people tuned into its broadcasts on free-to-air and pay TV over the first weekend of the Games, with another 26 million watching on digital and social-media platforms, Discovery said on Wednesday.

Viewership hit a record in snow-sport-crazed Sweden where 73 per cent of the market tuned into Discovery’s Kanal 5 channel to see Charlotte Kalla win the first gold medal of the Games, in the women’s 7.5km + 7.5km skiathlon event.

Live sports is one of the few corners of TV that attracts viewers in real time, but some analysts wonder if the Olympics still have the cache required to build a pan-European audience. Europe’s TV industry is fractured, with no one sports broadcaster dominating.

For example, Eurosport says it leads live sports broadcasting in Poland but, according to UK industry ratings data, it trails Sky Sports and BT Sports in Britain. Liberum analyst Annick Maas said Sky was the biggest sports channel in Germany; Mediaset and Sky were leaders in Italy, and Moviestar was leader in Spain.

Europe is also undergoing a US-style competitive transformation where online platforms like Netflix and Amazon are drawing viewers away from pay-TV broadcasters, including sports channels.

Perrette, Discovery’s international chief, said the Olympics rights would be cash flow positive over the course of the deal and that the company was making better than expected progress on sublicensing deals to other broadcasters, which is a major source of revenue for Eurosport.

Despite producing Games coverage in multiple languages, Discovery can save money by using common infrastructure, vendors and even on-air talent at the Olympics, company executives say.

Bode Miller, the US ski champion who also appears on NBC in the US, can be featured across all its broadcasts, for example, using subtitles.

Eurosport’s Games coverage is visible across Europe through a TV package - it has agreements with 40 broadcasters - and online via its Eurosport player, while Discovery has also sub-licensed rights in some markets, including Ireland.

In the UK and France, two of Europe’s biggest markets, Discovery’s control of the Olympic rights do not begin until 2022. But it is already one of the biggest Olympics TV rights-holders after Comcast’s NBC.

Discovery’s Perrette called NBC “the gold standard” for Olympics production, but said Eurosport is aiming for a “younger hipper vibe”. It uses a portable studio, the “radical van”, to roam venues and talk to athletes, social media celebrities and fans.

In a cube-shaped studio lit by 5 million LED lights, ex-athletes like Swedish NHL star Peter Forsberg use augmented reality to break down technical aspects of sports.

Miller, the Olympic champion skier, will also use the cube in an effort to make sports broadcasting more engaging. “I want to be like the buddy sitting next to you on the couch at home while you’re watching it,” he said.

EasyGo overtakes ESB as largest provider of charge points for electric vehicles 06:44
Chinese investments, AIB and Irish life team up and who foots the bill? 06:43
Fresh Covid onslaught sends consumer sentiment down 06:37
AIB and Irish Life in advanced talks on joint venture 06:00
Who is going to pay for costs of working from home? 06:00